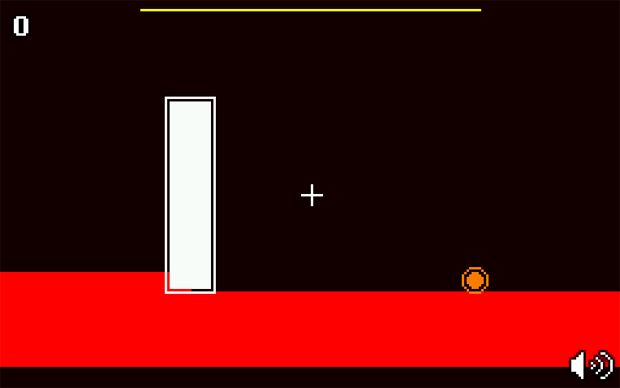 In the previous Monday Mind Teaser we gave Closure another look, and since then it went on to win an award in “Excellence in Audio” at the Independent Games Festival. Closure definitely has other strong points, but for going up against such worthy competition it should be thrilled at winning a well-deserved award!

This week I bring to you one of the most annoying reader suggestions I’ll probably ever allow, and you have reader 2dsonicfan91 to thank for it. I’m only giving Towlr the brief spotlight because it’s a provocative artsy game. Technically. Maybe. The whole game is one level long and you beat it when you figure out how to get past the screen’s hidden goal. And there’s no instructions.

Whereas One Button Bob employs the same game mechanic across dozens of intuitive and equally engaging levels that all hint at the current goal at hand, Towlr instead uses principles of art and design that only starving graduates and your subconscious are aware of. Subtle abstract graphical clues will gradually guide your stream of thought to the answer, and while you won’t be satisfied or fulfilled, the creator of the game will be upon knowing he successfully used a few shapes and colors to convey both an obstacle and a full thought process to its solution. But that, and the purposefully misleading clues, don’t make it any less annoying.

Basically you’ll either deduce the answer in two minutes or give up after ten seconds in disgust. You can give Towlr a try here. Click the image and the game begins.