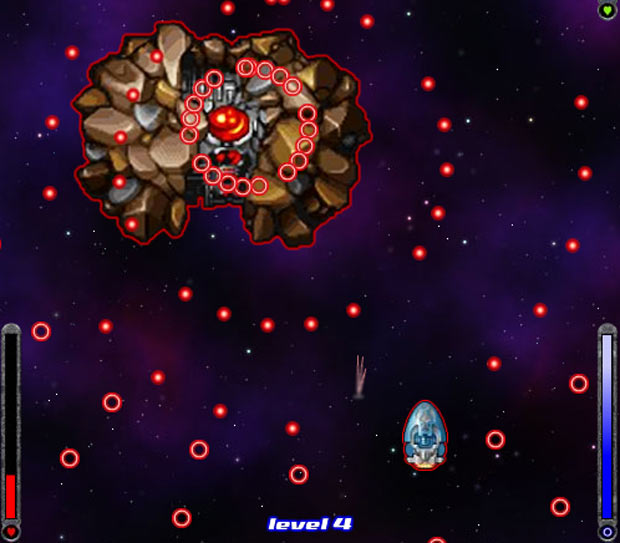 After last week‘s Blosics 2 physics box bonanza I was in the mood for a dark and deep puzzle adventure game this week, but Gateway ended up being way too short, and its sequel is barely more than a buggy remake. So this week I decided to take a stroll down Topher lane and unleash an Ikaruga type of game upon you. Chalk this round up as more of a Monday Mindf+ck than a Mind Teaser.

Lucky for you, and even more so for me, this Web flash space shooter skill game utilizes saved progression after each level is completed. Feel free to quit and take a much needed mental break after a while and come back later right where you left off. It also has the basic mechanic of giving you coin rewards for killing more enemy ships and then using them to buy dozens of upgrades for your ship.

I’m only on level 5 out of 13 and I’m already starting to say “Oh boy, here we go” so I’m going to take a break before moving on. If you beat the game tonight or later this week, definitely share your high score in the comments below!

You can play Starmageddon here on Newgrounds.