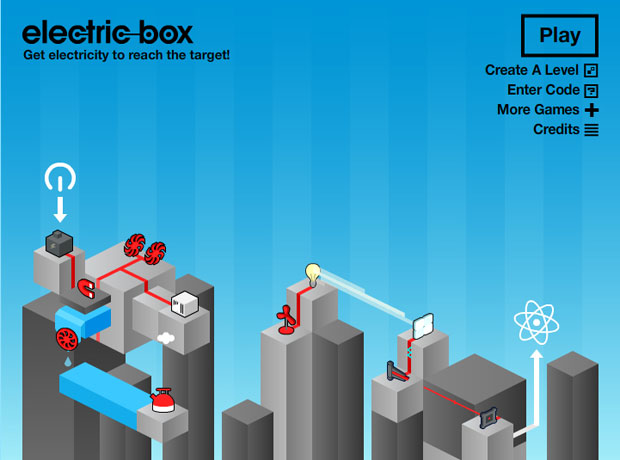 Now that we’re done with the mushy feelings involved with last week’s series of emotional mind teaser games, it’s time for another brainiac physics puzzle game! This one offers fifteen levels that will teach and torment you with eighteen physics tools, and even allows you to make your own puzzle levels.

In the past few weeks you’ve all been very attentive to the music in each of the games, and this one won’t disappoint. It’s got very loopable music akin to the Millennium Force audio playing at Cedar Point as you board your ride, and each puzzle interaction has plenty of fun sound effects as well.

However, here’s a small warning: sometimes the later levels can glitch and become either unbeatable, or beatable in incorrect ways, due to malfunctioning level code. I contacted the maker a few months ago but never heard back, so keep an eye out for it in case it hasn’t been fixed — just restart the level if you notice it happening. Even with those minor flaws it’s still a great flash game worth your time.

You can play Electric Box here on CandyStand.