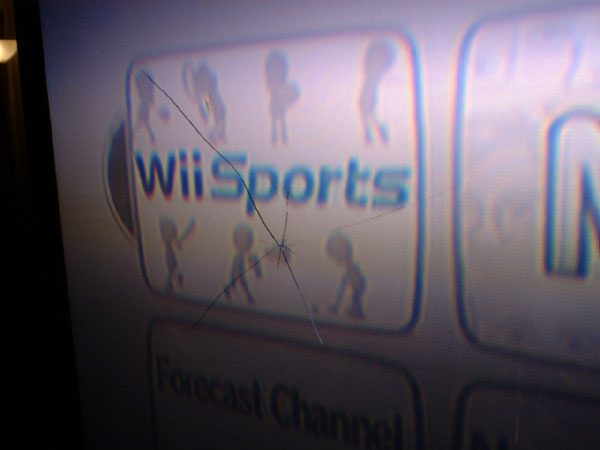 It was bound to happen sooner or later, but it seems there already is an idiot who broke his TV while playing the Wii. Direct from the brain-dead drone:

We brought the Wii home and played it pretty much nonstop for the past 24 hours. At 12:10am, during a slower couch-sitting game of Wii Sports: Bowling, my Nintendo Wii got angry with me.

My buddy Troy reels back to roll his ball as he’s done about 300 times tonight suddenly feels the controller slip from his hand. (THANK GOD for the wrist strap right?)

Know anyone else that can’t keep their Wiimote in their pants?