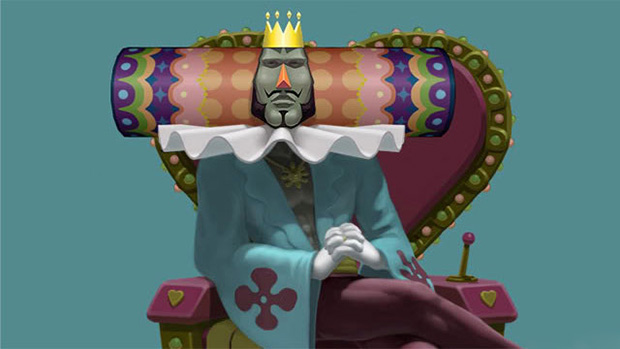 Rolls them up into their Katamari

Paola Antonelli of the New York Museum of Modern Art (MoMA) has announced today that the museum will be exhibiting 14 video games as part of its Architecture and Design collection starting in March 2013. In addition to exhibiting these games to the public, the acquisition allows the museum to study and preserve the games’ original formats (software and hardware), technical documentation, and source code.

The museum is hoping to acquire 40 games total over the next couple of years, including Grim Fandango, Chrono Trigger, Space Invaders, The Legend of Zelda, and Super Mario 64. However, for now they have gathered a few gems such as Portal, Pac-Man, Katamari Damacy and Tetris, to name a few. Antonelli explains the selection process:

“The games are selected as outstanding examples of interaction design […] Our criteria, therefore, emphasize not only the visual quality and aesthetic experience of each game, but also the many other aspects—from the elegance of the code to the design of the player’s behavior—that pertain to interaction design.”

In addition to these criteria, the games are also prioritized based on “central interaction design traits”: Behavior, Aesthetics, Space, and Time. In other words, these games can elicit some kind of sensation from the player, be visually innovative, create expressive spatial planes, and establish a sense of time in or outside of the game. Each game will be represented differently in the exhibit, partially depending on the above criteria as well as the obscurity or frailty of the game itself. For example, short games like Passage will likely have a full play-through available while longer or more intricate games like EVE Online will have pre-made guided tours.

Personally, I feel this is a huge leap for games regardless of whether or not they’re truly considered art – it’s a step in the right direction at least. Or, as commenter “T” put it, “Suck on that Roger Ebert!”

Video Games: 14 in the Collection, for Starters [MoMA]