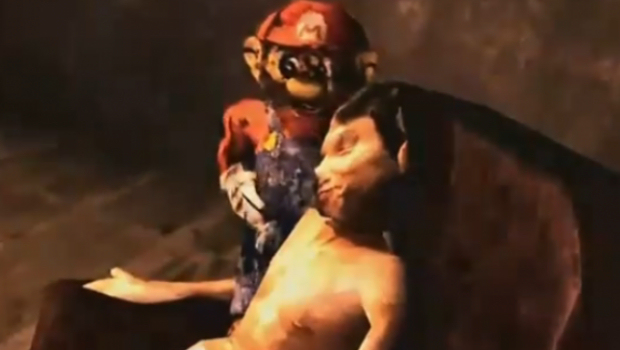 22 Cans founder Peter Molyneux is casting his cynical eye toward the Wii U a second time, this time saying that the system is merely good, but not great, and failing to cope with two screens. He maintains it’s a confusing system, and will be a hard sell to new customers.

“I think the Wii U is good, but I don’t feel it’s great,” he told GI International. “I find holding the device in my hand — looking up at the screen, and looking down at the device — slightly confusing as a consumer. It’s good, but it’s not great. And we really need these new pieces of hardware to be great in today’s world, because the competition isn’t just consoles anymore. The competition is everything, all the technology.”

I still struggle to see how a man who thought Kinect was intuitive and clever doesn’t seem able to grasp the Wii U, but then, I don’t know which games are using the two screens in a way that could addle an adult’s mind. Those games in which two-screen use is necessary have, so far, been pretty easy to follow.

Then again, Peter does admit that the original Wii suffered similar doubts: “I can remember everybody in the industry laughing and giggling about how stupid the Wii was, what a stupid name it was, and who would want motion control. And then it went on to sell what, 60, 70 million copies?”

Is anybody expecting the Wii U to match the Wii’s success? Doubtful. I do want it to succeed, though. The more I use the GamePad, the more it’s becoming my favorite controller. Hopefully other developers aren’t so cynical and see the potential in it, because I would hate for the Wii U’s sole use to be going into Miiverse and drawing Willem Dafoe.

I mean, that should always be high on the priority list, but it can’t be the only attraction.