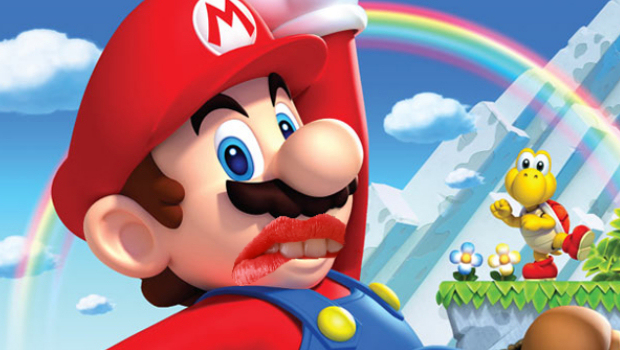 King of Promise Land not impressed by Nintendo’s promises

His Royal Highness, the Lord King of Promise Land, has issued a majestic decree that Nintendo is not doing anything impressive to his noble eyes. Claiming the Wii U does nothing to make him rush out and buy it, the creator of Error Accessing Server on iOS is skeptical.

“I struggle to see anything amazing coming out of Nintendo. There are a few, ‘Oh, that’s smart,’ but there’s nothing that makes me rush out as a consumer to buy the new device,” Peter Molyneux told IGN. “I’ll give you a great example of how tech should be used. It’s what Nintendo did with the Wii when it first came out. They introduced motion control. They were one of the first companies to introduce motion control and they had a fantastic Wii Sports Game. As soon as I picked up the controller and started waving it around, I got it. I already understood it. But I’m not sure there’s a same sort of application out there for Wii U. I think to myself, ‘Well, what’s the reason to get it?’ Do you see what I mean?”

“… When you’re designing a game for a plasma screen you’ve got to really flash the corners of the screen. You’ve got to get movement in, otherwise people don’t notice anything in the corners. Getting people to move their eyes from the screen down to their laps is incredibly hard. There has to be some huge motivational thing like the words coming up, ‘Look at your GamePad now.’ If you’re going to do that, from a design perspective that sounds a bit clumsy and complex.”

Peter Molyneux, whose last console project was a game in which you pretend to ride an invisible horse, may not be the authority on what is and isn’t a clumsy interface. Nevertheless, he does raise an interesting point — The GamePad has a lot of competition when it’s situated in front of a big, gorgeous HDTV.

That said, it’s going to be all about how the games use the interface, and so far in my experience, I can see it working. Nintendo Land may be a collection of tech demo minigames, but I can already tell you that it shows promising signs of what can be done with the Wii U — and I think the potential far exceeds that of mere motion controls.

For example, one game is a simple rhythm exercise where you copy another character’s dance moves. It’s easier to follow if you’re looking at the character from behind, and he keeps turning around on one of the screens, causing you to look up and down to keep the rhythm going. It works. The idea actually works, and the cues were all visual, so nothing is awkward about it. No more awkward than throwing my arm back and forth to pretend to throw fireballs at Hobbes, certainly.

Our full-on review of the Wii U is yet to come, but I have to say I’m already a far bigger believer in this tech than I ever was in motion control.