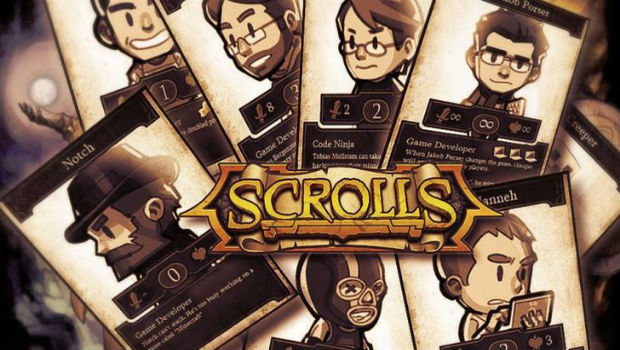 After a long and lengthy legal battle, it seems as if a distributed playable version of Scrolls is finally here. Along with the game’s recent trailer, Mojang has just announced that the game has officially gone alpha (you know, the thing before beta), and a “modest amount of codes” will be distributed shortly — some people are reporting that they got theirs this morning.

In this version, you’ll be able to either play with a preconstructed deck, or build your own — for the purposes of the alpha test, you’ll have access to three of every scroll in the game. This build also has single player and multiplayer capabilities.

Mojang warns that “Scrolls is still missing a lot of features and content,” so don’t be alarmed if you get in and it’s pretty bare-bones.