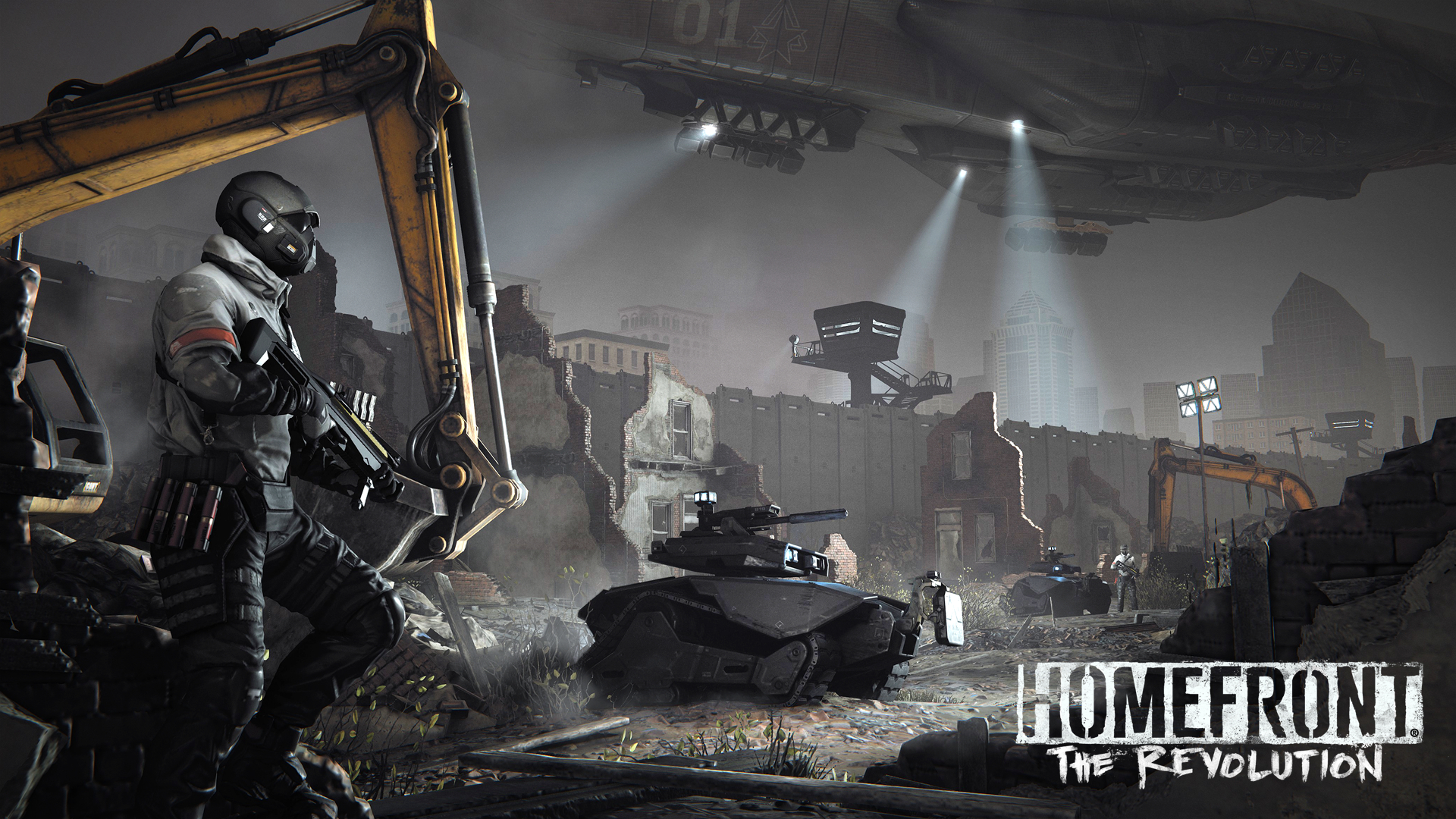 I feel like a lot of first-person shooters fail to appreciate the closeness proferred by the shooty game point-of-view of choice, so it’s neat to see Homefront: The Revolution embracing it with this modular weapon system. It reminds me a bit of Metro 2033, with its constant analog immediacy. What could have been a d-pad-relegated “ammo type” button or some such actually becomes fully modeled weapons that come apart, which is a neat touch.

Of course this is Homefront, a self-serious game with the silliest of premises, so we can’t let it slide completely. Trying to shoehorn “upgrades” into a civil rebellion narrative is weird (‘we’ll only give you the good guns you need to kill your opressors once you’ve proven yourself!”) along with needing to write themselves into a scenario where, in fake, North Korea-occupied 2029, people are making crossbows and shit (North Korea’s soldiers all have guns with biometrics that can only be fired by the registered owner, haha).

More important, though, is the uncanny accent of this video’s narrator. We can’t quite pin it down in the Destructoid office. I see hints of a British English speaker trying for an American accent (go re-watch Saw and laugh at Cary Elwes try to be American…or don’t, probably, it’s not great), but Chris disagrees. We all agree it sounds off, though, unless we just don’t have an ear for fake, NK-occupied 2029 American dialects..

Then again if you want to straight marvel over a truly bad accent, please cop Law and Order‘s Vincent D’Onofrio in that new movie about perhaps the most famous soccer player in the world, Pelé. This biopic is set in Brazil, shot in Brazil, and mostly stars Brazilians, including in the lead role, but it is all in spoken English. Which is how we get D’Onofrio trying to…speak English with a Brazilian accent as if he were speaking Brazilian Portuguese after all? It’s confusing as hell theoretically (it’s some Tom Cruise in Valkyrie shit) and worse in practice. Words…are…not supposed to work that way, Vincent!!!