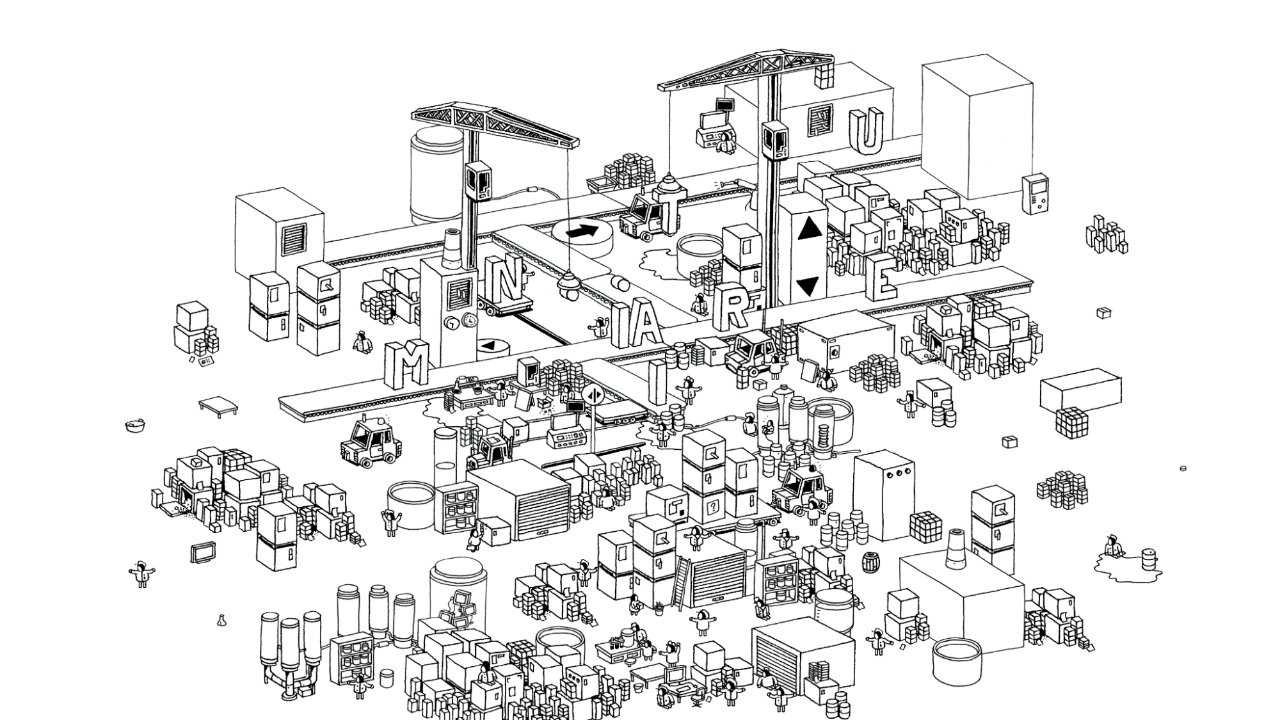 This could be a screensaver

Certainly, the drawings shown here are works of art on their own, but Hidden Folks really comes alive in motion. It’s a far cry from the last Where’s Waldo game I remember playing, which featured a series of low-res pixel art static images on the NES.

I don’t even know what I’m supposed to be looking for here, but that doesn’t make the looking any less cool. Hidden Folks is not only bustling, it’s interactive, so there’s more to do than just click on the thing after you’ve found it. The screenshot above had “WordPuzzle” in the file name, so it’s probably safe to assume there’s some more thinking to do than just scanning an image for a MacGuffin.

Hidden Folks is set to release some time this year on iOS, Mac, and Windows.