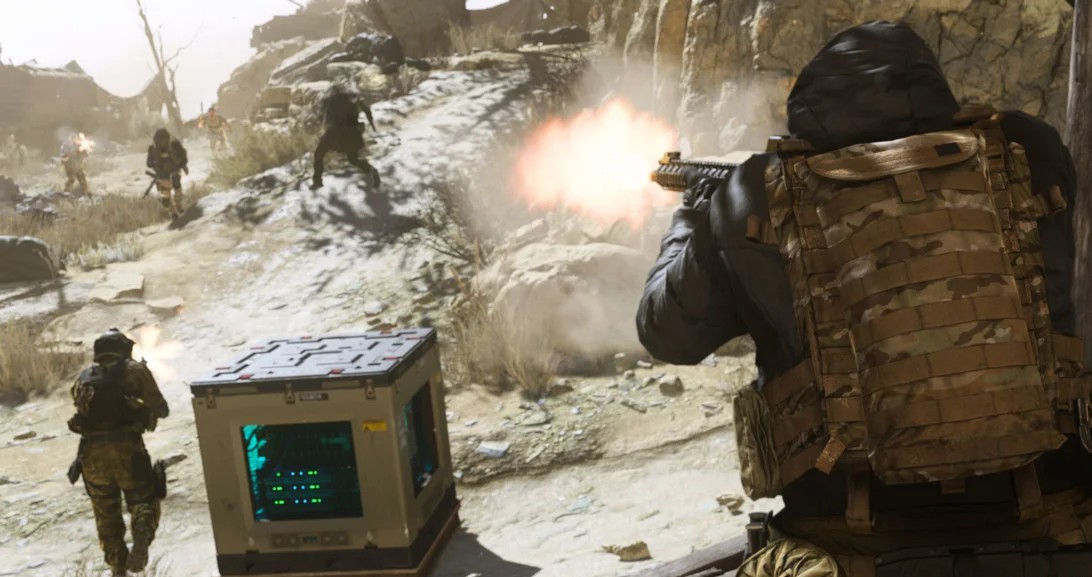 One thing that always impresses me about the Call of Duty series is how the developers are able to consistently create new game modes that stay true to the spirit of what we love about the games, while also switching things up enough to always keep up on our toes. Modern Warfare II‘s newest addition, the Cyber Attack game mode, is certainly no exception to this. Originally introduced in Call of Duty: Modern Warfare back in 2019, the Cyber Attack mode is most similar to Search & Destroy, apart from those key differences that make the mode its own. Let’s break it down.

Cyber Attack is a 6v6 revive mode, where both teams spawn with their own Data Center on their side of the map. An EMP device will spawn near the center of the map, and gaining control of it is crucial to sabotaging the enemy team’s Data Center. Players will take control of the EMP similar to how they can carry the bomb in Search & Destroy, and of course, set it off at the enemy’s base to win.

The opposing team will be able to defuse the EMP, again similar to the bomb in Search & Destroy, but the key difference here is that unlike Search & Destroy, defusing the EMP does not automatically win the defusing team the round. Instead, players can also win the round by eliminating all of the enemy players. Another deviation from the Search & Destroy formula is that rather than taking turns attacking each other’s bases, both teams will simultaneously be on the attack and defense each round. Let the chaos ensue.

While Cyber Attack doesn’t have mid-round respawns, players can revive downed teammates to get them back into the game. There’s a lot to juggle here as you’ll be dealing with defending your Data Center, dodging and taking down enemies, setting off or defusing the EMP, and reviving teammates. I’m someone who prefers the faster-paced game modes in Call of Duty, so Cyber Attack is the perfect mode to counter the ever-popular Search & Destroy, which has proved to be just a bit too slow to hold my interest.

Engage in a Cyber Attack on your favorite map

Call of Duty: Modern Warfare II has been paying homage to the series’ best maps, game modes, and guns over the past few months — while I was anticipating feeling underwhelmed with yet another needless CoD sequel, I have been pleasantly surprised at how the game mode playlist has become a compilation of some of the series’ “greatest hits.” I may still be somewhat new to the franchise, but the seemingly endless variations of what makes the games great will always keep me coming back for more.