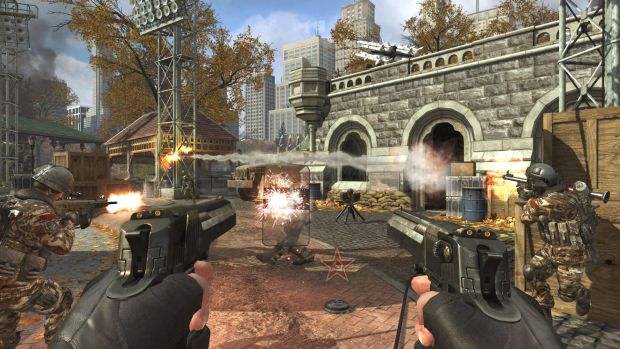 Every month for the next nine months Call of Duty: Modern Warfare 3 players can expect a slew of new content coming their way ranging from multiplayer maps, Special Ops missions, new game modes and more.

It all starts off on January 24 with two new multiplayer maps, Liberation and Piazza (both maps detailed below.) Then we can expect another piece of new content in February, followed by two more additions in March.

Players can expect a total of 20 new pieces of content for the next nine months and this will all be available  free through Call of Duty: Elite’s premium membership on the Xbox 360. PlayStation 3 and PC owners on the Elite service can expect to get their hands on the DLC drops shortly after.

All the content will be available for purchase of course, the first pack going on sale in March for Xbox 360 players.

“The first two Content Drops will be multiplayer maps—also playable in Modern Warfare 3 Survival Mode—that throw combatants into a war-torn Central Park and an Italian seaside village.  Liberation is a vast, militarized landscape, ripe for long-range sniper and LMG fire, with mounted turrets on either end that lend power to anyone brave enough to expose themselves in exchange for deadly firepower.

Piazza is the idyllic Italian getaway that is anything but, where tight corners and branching pathways pose great risk at every turn. Close-range combat dominates in Piazza, where attacks from behind, above and below are an ever-constant threat.”