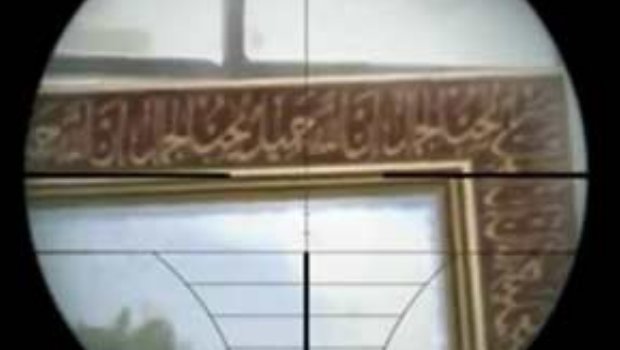 Allah’s not longer in the toilet

Call of Duty: Modern Warfare 2 has removed a map from its servers after Muslim gamers complained (in fairness, quite politely) of offense. The problem lies in two paintings hung in a bathroom in the Favela map, containing the phrase, “Allah is beautiful and he loves beauty.”

The map won’t be gone forever, it’s just been removed as a temporary issue until the publisher can patch out the offending image.

“We apologize to anyone who found this image offensive,” Activision told Kotaku. “Please be assured we were unaware of this issue and that there was no intent to offend. We are working as quickly as possible to remove this image and any other similar ones we may find from our various game libraries.”

The chief concern among all almighty deities is whether or not their names are mentioned in the virtual bathrooms of three-year-old games. Now at least one of the 10,000 Gods in existence can sleep a little easier knowing that the universe’s most pressing problem has been addressed. Horus remains worried.

In any case, not sure why this is a problem. My name is written on MANY toilet walls, in real-life — and it’s led to a fair few religious experiences.