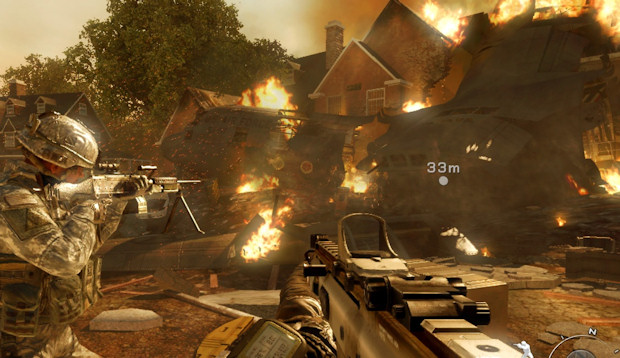 The grimly predictable media farce over Modern Warfare 2 continues to trudge on. This time, Washington Times culture columnist Marybeth Hicks has decided to demonstrate her complete lack of acceptance for things that she doesn’t understand, urging America to reject “barbaric” videogames like Modern Warfare 2.

“Tuesday was one of those days when the news can confuse us,” says Hicks. “We ought not be surprised, but we ought to be concerned. Another immersive first-person game offering players the chance to vicariously participate in acts of violence for the sole purpose of … entertainment.

“America’s children are surrounded by senseless violence on TV, in movies and worst of all, in videogames that enable them a realistic experience of ‘the thrill of the kill.’ It’s not maturity that’s needed to play these games. It’s maturity that rejects them as barbaric and harmful to the psyche of anyone who would play them.”

I think it’s very sad that a self-styled “culture columnist” wants us to reject a part of our culture, and would choose to put her fingers in her ears rather than sensibly research and rationally engage this topic. Simply writing off violent games and pointing to “thousands” of incredibly flawed “studies” has become so easy, and I wish I could expect more than this kind of lazy, pathetic swipe at a successful industry. It seems I can’t, and Marybeth Hicks has no wish to provide her readers with a challenging and intelligent take on videogames, instead playing it safe and retreading the tired, half-assed “Videogames be bad” path.

If her idea of maturity is denying the validity of anything we don’t personally like, then I’ll gladly consider myself immature. I’d rather be immature and open-minded than mature and willingly ignorant.