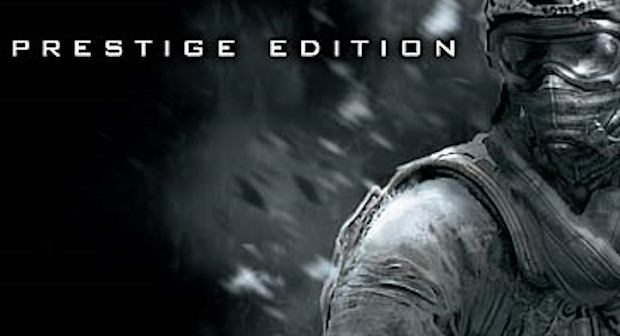 Not content to have two special editions of the game itself, Modern Warfare 2 will also have a “Prestige Edition” strategy guide. Yeah, aren’t we going just a little overboard with the whole “premium” thing now, guys?

Brady has revealed two versions of the official Modern Warfare 2 strategy guide, a normal one and a more expensive one. The main differences are the fact that the Prestige Edition is hardcover and includes information on how to obtain the game’s Achievements and Trophies. Apparently that makes it worth £20 in the UK, while the inferior “Signature Edition” costs £13.

This is absolutely amazing, and I really don’t know what else to say about it. Hit the jump for the press release.

Tuesday 3rd November/… Official strategy guide expert, BradyGames, today announces it has been working exclusively with Activision and Infinity Ward on the Call of Duty: Modern Warfare 2 Signature Series Strategy Guide – the ultimate accessory to the most anticipated game of 2009. Published by BradyGames, for PAL regions, the guide, which is the only choice for gamers looking to discover everything the new theatre of operations has to offer, will be released the day before the game, on 9th November 2009, with an RRP of £12.99 for the Signature Series book and £19.99 for the Prestige Edition hardcover that also includes additional bonus content.

BradyGames’ Call of Duty: Modern Warfare 2 Signature Series Strategy Guide is an essential addition to any Call of Duty player’s arsenal, weighing-in at over 300 pages with an exclusive bonus foldout and has been written by one of the videogames industry’s most highly respected guide authors, Philip Marcus and multiplayer specialists the Sea Snipers, in direct collaboration with Activision and Infinity Ward for Xbox 360™, PlayStation®3 and PC.

The only officially-licensed guide features an in-depth walkthrough of every single-player mission and the “Special Ops” two-player cooperative mode, highlighting battle-tested tactics to ensure success in defeating this latest threat to world peace. With laser-targeted precision, this Signature Series guide reveals the locations of all unlockables and secrets, including special weapons, camouflage and challenges.

The thrill and excitement of Call of Duty: Modern Warfare 2’s multiplayer mode is also covered in a dedicated and highly-detailed section, providing online players with expert tactics for team-based play, as well as custom maps displaying vital locations in each mode of gameplay and more. The official Signature Series guide is also the one-stop supply drop on how to attain all of the game’s Xbox 360 Achievement Points and PlayStation 3 Trophies, with the associated bragging rights that go with knowing you’ve completed some of the game’s most intense challenges before anyone else.

Beautifully crafted and illustrated, readers of this, the official companion guide to the world’s most anticipated game, can benefit from the hundreds of hours of play the authors have invested in covering every square foot of gameplay; no stone or supply crate has been left unturned to guarantee that players get the utmost from their game featuring devastating new weapons and attachments, more compelling perks, exciting new game modes, more character class options and a gripping new campaign.

Mike Degler, Director of Licensing, BradyGames says: ‘”All of us at BradyGames are thrilled to be working with Infinity Ward and Activision again on the Modern Warfare 2 strategy guide. We were given unprecedented access to the game and the development team at Infinity Ward which inspired us to create one of the best strategy guides ever published.”