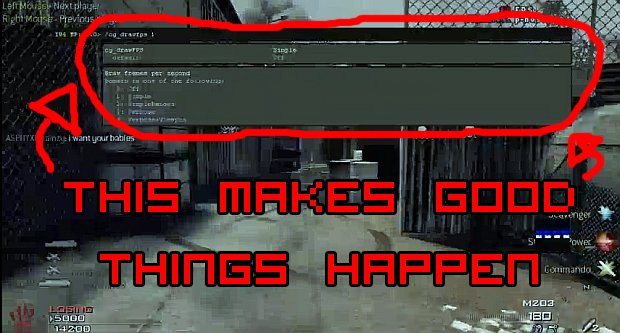 Wait, PC gamers! Before you send Bobby Kotick a thank you letter, know that it wasn’t they who did it, but rather the gamers who took Infinity Ward and Activition’s attempts to lock down the game as a challenge. And bring it those gamers did, managing to hack in the developer console and enable the ability to set up dedicated servers. Keep in mind, the game hasn’t even been out a week.

Perhaps some of the boycotters caught playing the game were not being hypocrites, but rather hard at work turning the highest-profile shafting of PC gamers right around, as the video below might demonstrate.

Of course, the darker side to all this newfound freedom is the ability to use it to cheat, and the servers that have been set up so far are all “ranked” and still considered “legal” by IWNet, Modern Warfare 2‘s console-esque matchmaking service.

Folks who like their games in “vanilla” flavor only shouldn’t despair though. After all, MW2 uses anti-cheating tech from Valve, who, if nothing else, are very, very aware of what PC gamers can do, and how to deal with them.

That said, it’s just a matter of time until they the first thing they did was mod it so that you can lean again.

[Thanks to Jetsetlemming for the tip!]