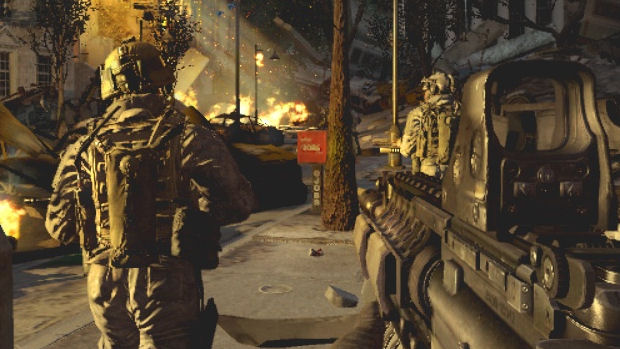 If you’re playing Modern Warfare 2 on the Xbox 360, you might want to lay low for a few days. Yet another problem has been discovered in Infinity Ward’s game, and this one’s a real bastard, with the ability to “infect” your profile and turn you into the game equivalent of an HIV carrier.

According to reports, players get “infected” by unwittingly joining a private match hosted by a carrier. They then get hit by the same issue — unlimited ammo and no reloads — and can pass it on if the end up hosting any games themselves. Allegedly, it’s “spreading like an STD.”

This unique issue started out as a mod on the PC version of the game, which we spoke about yesterday. It has been transported to the Xbox 360 and put to more sinister work. Infinity Ward is apparently “working” on the issue, and it appears that Microsoft is wielding its banhammer for anybody caught employing it.

A lot of people like to blame Infinity Ward for these issues, but who on Earth could predict that AIDS would come to Modern Warfare 2? I think it has more to do with the determination of cheaters to break the game than IW’s development skills. If you make the biggest game of the year, it’s bound to get hit by the largest population of exploiters and hackers who will instantly set about trying to ruin the game for everyone, especially if they feel they’re proving some sort of “point” about Infinity Ward’s online decisions.

What do you think? Is Infinity Ward at fault here, or do we blame the sheer willpower of the cheaters?