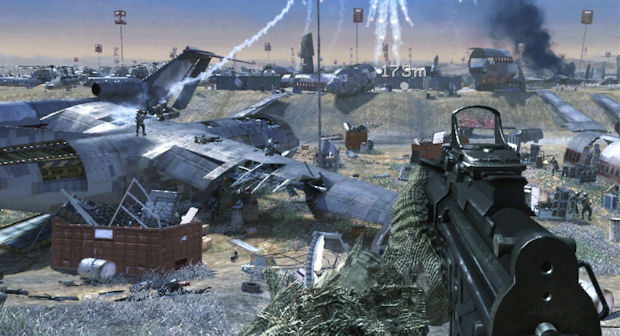 Last week, Modern Warfare 2 was afflicted with a bug that I likened to AIDS because it was exactly similar in every single way and people even died because of it. Fortunately, unlike real AIDS, Modern Warfare 2‘s AIDS can be patched over. If only we could’ve done the same for Freddy Mercury. AIDS.

The patch, due to be released this morning, will fix the “akimbo shotgun” glitch and the private match glitch, where people pass on a “bug” to other players that gives them unlimited ammo with no reloads. These exploits shall be no more on the Xbox 360 by the end of the day.

Then we just sit back and wait for the cervical cancer glitch to be discovered.