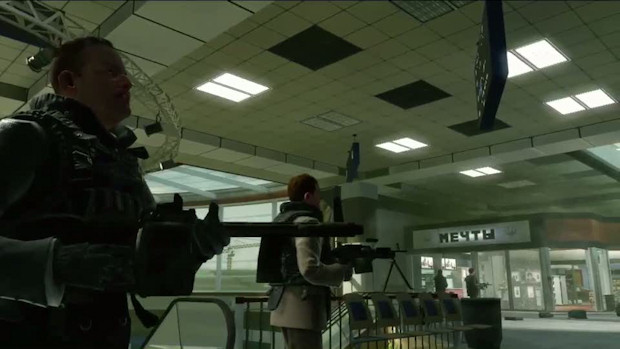 Modern Warfare 2 is now officially out, and with it will come a stream of home-cooked controversy as more and more media reporters discover the controversial airport terror attack included as an optional stage within the game. One BBC reporter has voiced his own concern, claiming that he was “saddened” by the use of shock tactics in Infinity Ward’s new game.

“I wasn’t shocked by it but I felt a little bit saddened,” bemoans Marc Cieslak. “I thought the games industry had moved beyond shock tactics for shock tactics sake. And that’s what I thought about this particular level: it was controversial for the sake of being controversial. I didn’t think it necessarily needed to be included in the game.”

Have beaten Modern Warfare 2‘s single-player campaign a few hours ago (one hour at the time of writing, but you’ll be seeing this later), I have played through this controversial scene and experienced the context in which it transpires. Without spoiling anything, I can tell you that it’s very integral to the game’s plot, and when included within the context of the narrative, it fits perfectly and works out great. I think it very much needed to be in the game.

Does it shock? Yes it does. It’s brutal and unrelenting. Is it a great part of a surprising story? Absolutely! We’ll be hitting Destructoid with our full review soon, but until then, let it be known that anybody judging the scene on its own without experiencing it as part of a whole story has no clue what they’re talking about.

(MINI SPOILER: It’s easy to assume that this is a tasteless 9/11 mockery, but the very fact that the airport isn’t even American should help contextualize it a little more. The airport is in Russia and the attack is part of a very intricate scheme, not just some random act of terror. While the imagery is provocative, one would assume deliberately so, there is a very real context within the game)