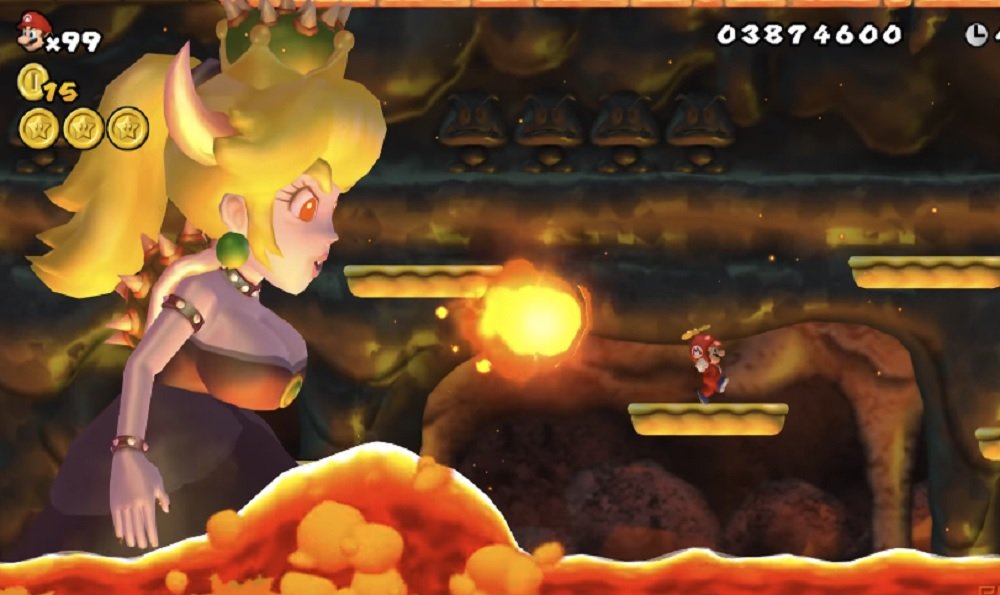 Nintendo doesn’t want to acknowledge the fan-created Bowsette, but I don’t know how much badgering Nintendo of America boss Reggie Fils-Aimé can take before he has to at least say something.

All of these fan-creations only help build Bowsette’s cachet, including this stellar mod showcased by ProsafiaGaming. Naturally Bowsette has replaced Bowser in New Super Mario Bros Wii, and with her evil eyes of doom is no less formidable. The kingdom is still saved and Peach is still rescued, but the way it’s done is significantly different.

Would Mario hesitate to burn up a vague visage of his one true love? Most players would, but in-universe, this incident is enough to mess the plumber up for life.