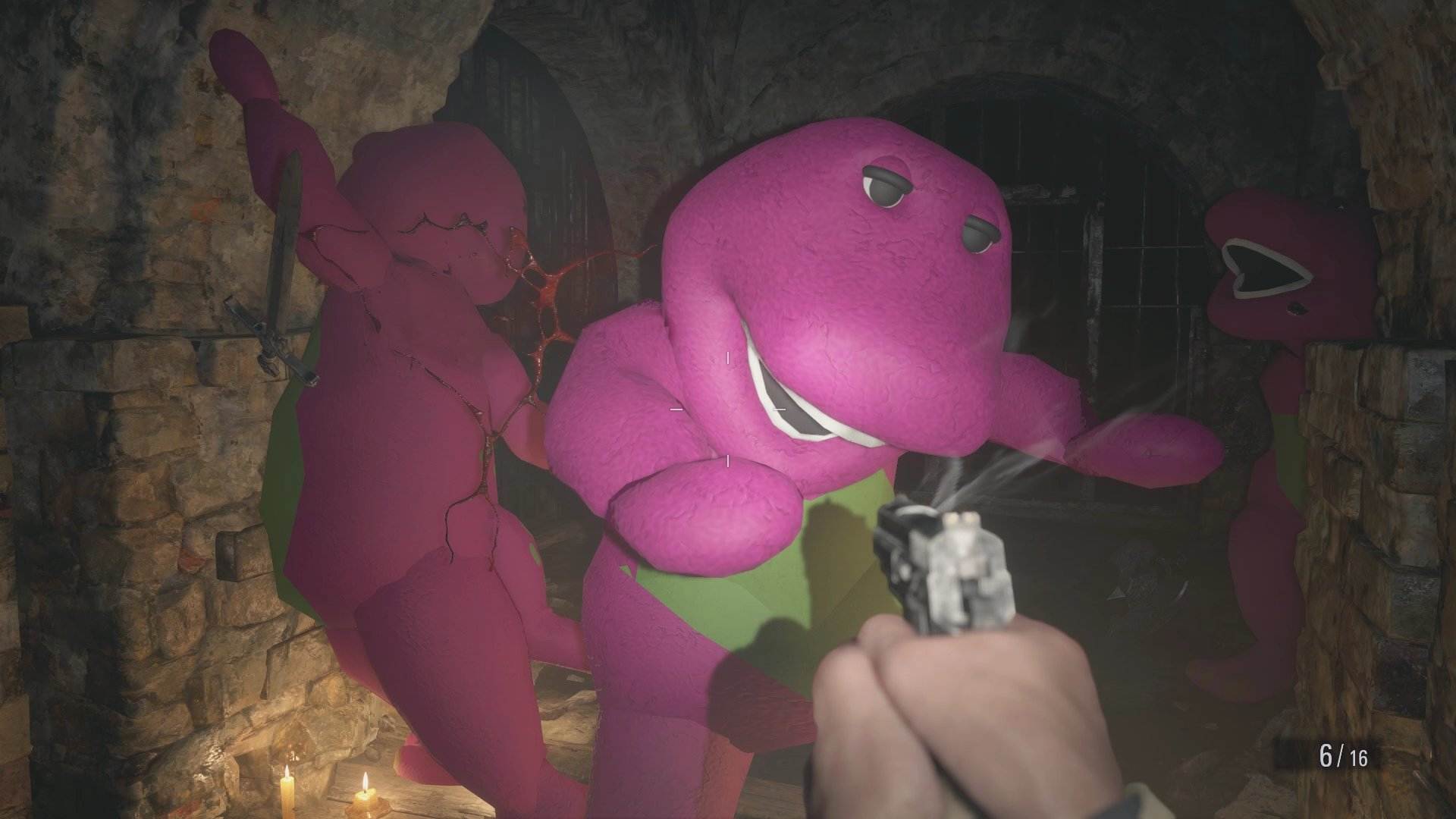 I’ll kill you, you’ll kill me, run from Barney in RE

The series of demos for Resident Evil Village have come and gone, but they were here long enough for some modders to already get to work. And while replacing characters like the Duke or Lady Dimitrescu is one thing, turning the castle’s horrors into giant purple monstrosities is another.

As spotted by PC Gamer, modder Marcos RC has been showing off a few model swaps with the Village demo. Before their time ran out, they got one more implemented: a horrifying swap that puts the lovable children’s mascot Barney in place of the castle’s evil creatures.

Of course, modders have also been fiddling with things like extending the timer on the demo and other odds and ends, but this Barney mod is truly horrifying. Hopefully Capcom never sees this and gets any ideas. Or at least let the puppets handle it.

The demo window is open a little while longer, but it won’t be long until Resident Evil Village is out for all on May 7. If it’s anything like Resident Evil 2‘s modding scene, look forward to even more model swaps, I guess.