As we slowly approach the unknown release date for Mobile Suit Gundam Battle Operation 2, Bandai Namco has opened up a poll with one simple goal: the company wants to know what ten mobile suits fans want the most out of the game’s roster. Once the polls are closed, those ten will be made available for free on launch day.

The current poll results are quite interesting, to say the least.

So first and foremost, the entire roster is not included in this poll for whatever reason. Most notably, the Gundams from Stardust Memory, War in the Pocket, and several games like Zeonic Front are not present. The only explanation I can give here is that either it’s to prevent the results from being flooded with Gundams or they’re being held back as the incentive to keep playing. 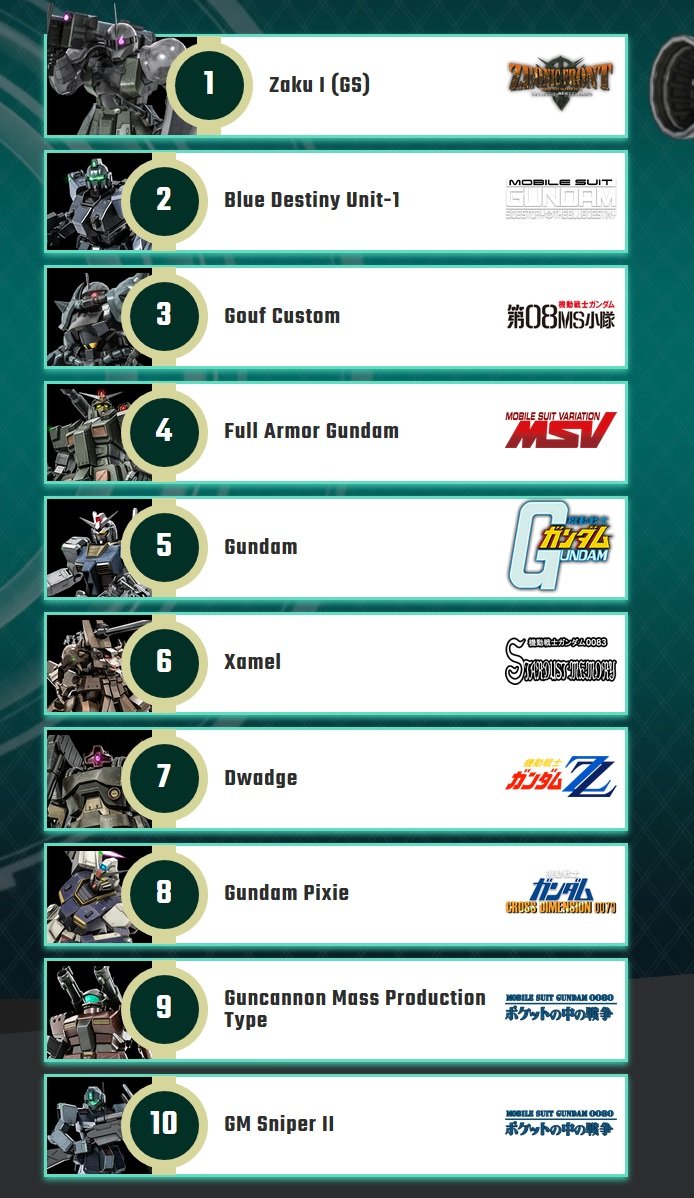 This is the top ten results in the poll at the time of writing.

While some of these picks, like the Gouf Custom, the original Gundam, and GM Sniper II, are completely expected, several of these inclusions and absences feel completely out of left field. Gundam Pixie and Blue Destiny Unit-1 are from games that were never brought over, and the Full Armor Gundam that’s at fourth place is not the one featured in Thunderbolt, but the original from the Mobile Suit Variations design books. Most of all though, a Zaku 1 from Zeonic Front is leading the entire thing, with the Gundams from 08th MS Team being nowhere in sight.

The poll will be running until August 16, with everyone able to vote for multiple mobile suits. Remember that any suit that doesn’t win this contest will be going into the loot box store rotation, so try and vote for what you really don’t want to grind for, whether it’s one you think is cool or is strong in the current meta. I’m personally voting for the Thunderbolt duo, but I’m not holding my breath with how things are currently looking.

Mobile Suit Gundam Battle Operation 2 is set to launch sometime in 2019 in North America and Europe. It is currently available in Japan and Asia.