It’s been a while since we talked about Mobile Suit Gundam: Battle Operation 2. The last time we did was for its review last year, where it was given a 3/10, due to numerous issues plaguing the game. However, like any other online game such as Fallout 76, GBO2 has kept trucking along, with numerous patches and updates. Which brings us to the recent announcement of “GBO Days”, an reoccurring in-game event that will be starting this month.

Check out the details in the video below.

The short summary is that for the first Thursday to Saturday of every month from now on, everyone is getting a free mobile suit pull each day. In addition, alongside increased match rewards, a special 10 pull will be available that will guarantee at least one three-star rarity mobile suit. I took the 10 pull for a spin and pulled Hildolfr, so hey, it clearly does its job.

I do think this is a good idea as a whole. These events will help reduce grind for DP store items and will allow newer players to unlock items in the store faster. Plus, by guaranteeing at least four mobile suits during this period, it enables everyone to grow their roster at speed. This event somewhat addresses the roster size and growth concerns from my review, since it also reduces reliance on grinding for gacha rolls.

Battle Operation 2 has not gone completely silent since launch. Every week, the game has received an update of some kind. Normally, these updates have just been a new mobile suit being added to the game’s gacha, along with a rotation of items being taken out of the gacha pool to be introduced to the DP store. However, there have been some major patches, and I’m going to focus on a couple of the bigger changes from them that have improved the game as a whole. 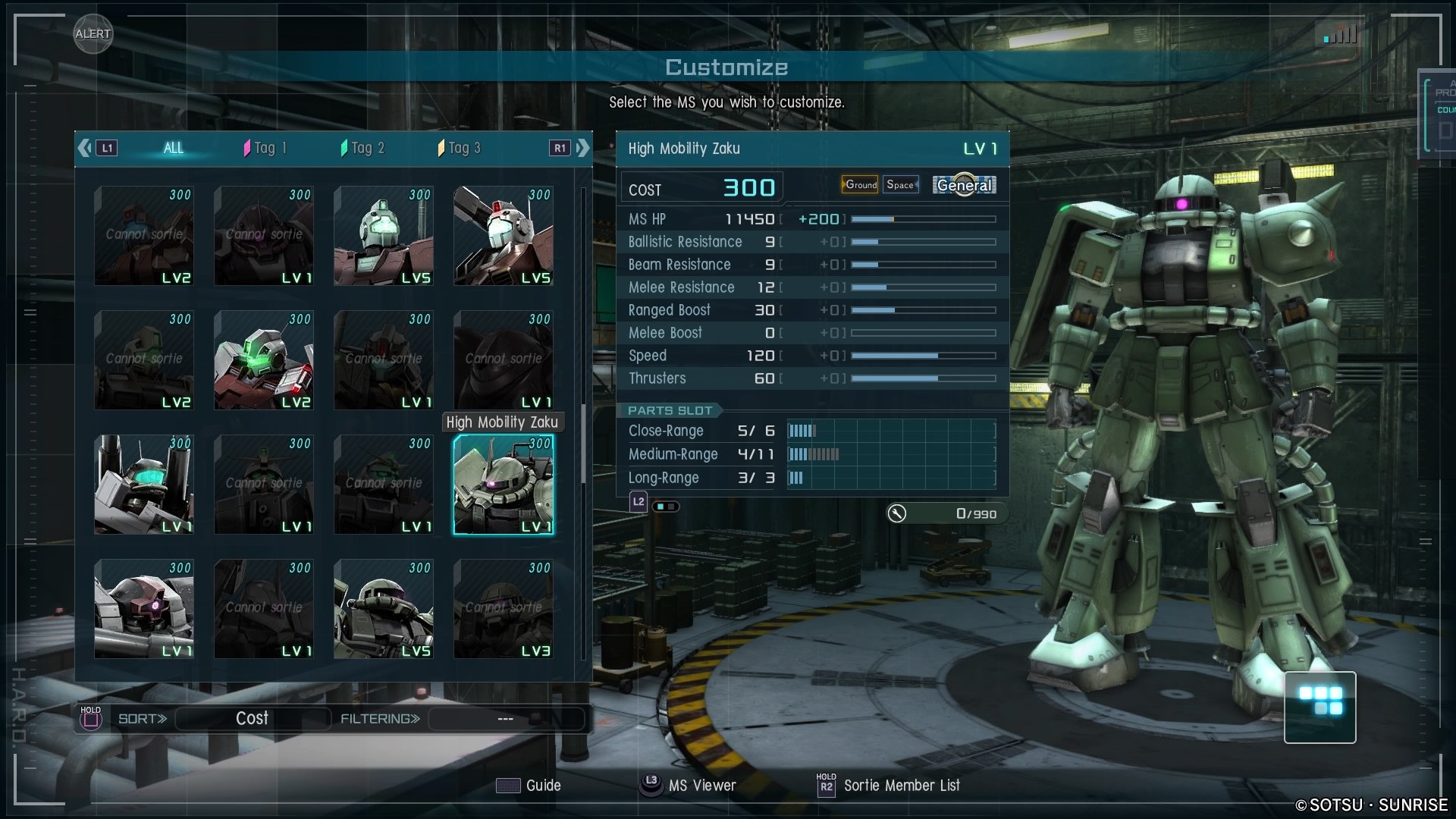 SInce January 30, all new players now receive the level one versions of the GM Kai, Powered GM, and High Mobility Zaku. These suits are 200, 350 and 300 cost respectively. While I still stand by that the 10 that were free at launch should’ve been permanent, this change will still help newcomers, as they now have more coverage for more situations, even if it still leaves something to be desired. Coupled with GBO Day giveaways, starting roster issues should be corrected sooner due to faster growth potential.

On December 19, the game introduced lower limits to the cost ruleset. To recap, all suits have a cost value, and at the time of review, queue rules dictated that anything that was brought in had to be below the specified cost. So new players were often bringing 100 cost suits into 400 cost rooms because they didn’t understand the implications, or they kept trying to sort 500 cost ones. Now though, for casual queues, the suit cost has to be within 100 points, meaning in a 400 cost room, only 300, 350, and 400 cost suits can be brought in. Furthermore, anything that can’t be deployed is greyed out. This reduces confusion for newcomers, makes it easier for people with large rosters to shift through, and helps makes the teams more balanced as a whole.

On that same day, a new game type was introduced for weekend queues called Mix-Up. Unlike other game types, which focus on having having a higher score than the opposing team, this game type has a rule set more in line with Gundam Versus. Both teams have a set energy bar, which decreases upon defeat. The first team to reach zero loses. Unlike the other modes, the new lower cost limits do not exist here either. It’s a genuinely fun and refreshing mode, and it feels like the lower cost machines have an actual reason to be used. Going forward, I hope B.B. Studios add more modes that shake up how the game is played.

That being said, it’s not all good news. If you asked me to do a second review of the game, while it would receive a higher score, it wouldn’t be that much higher. The main reason being that two major issues are still present. Online is still plagued by peer-to-peer netcode issues, with no updates addressing the matter. Furthermore there is still no PvE content to help ease new players into learning the game. As long as these two issues are not addressed, Battle Operation 2 will always be a hard sell.