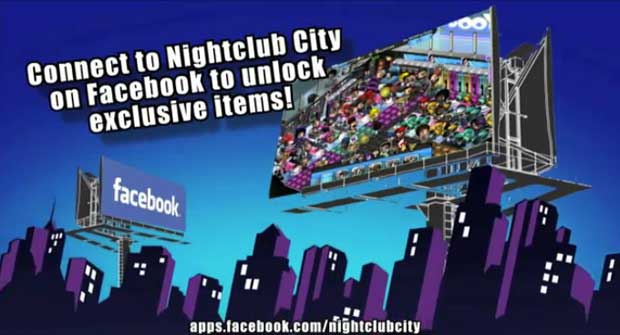 There’s a nightclub in your pants and everybody is invited! Well, as long as you have an iPhone in there.

Nightclub City DJ Rivals includes a foursquare-esque multi player mode where players can battle at real world locations to earn the status of “House DJ”. The Pancake House will be belong to me I tell you. Overall, my initial impressions of the game are good, and I see alot of opportunities for the Nightclub City franchise in the future. Not being a fan of rhythm-based games (or even Facebook games) beforehand, Nightclub City DJ Rivals’ simple approach and catchy tunes got me hooked. I am now off to start a Nightclub City Facebook game account so I can get the bonuses that carry into DJ Rivals…

The art style takes a bit from Scott Pilgrim and adds a fun look to the game. As strange as it may sound, it also gives the game a feel of the old Burger King Kids Club characters from the 90’s. I always wanted a game about those kids, so this works out well for me.

Overall, I feel this game captures the pure fun and simplicity of a good night of partying. Not too much drama, excellent music, visual fun, and a atmosphere that makes battling enjoyable, but builds up a sweat when you get heavy into it.

Nightclub City DJ Rivals is currently available now on the App Store for free, so pick up your iPhone, iPod touch, or iPad and DJ like it’s 2099.