I’m eagerly awaiting Dragon Quest Walk, the next mobile game that’ll pump me up to stroll around town, but today’s Dragon Quest news concerns a different title, one that first made waves in 2015. Dragon Quest of the Stars is venturing outside of Japan for a release on iOS and Android in “early 2020.”

This promotional trailer brings me back to the live-action video game commercials of the ’90s.

The game’s closed beta – which runs from October 30 to November 28 on Android – will let players dig into the main story and this multiplayer mode. Also of note: in-app purchases will be disabled.

I’m not a Gacha Guy, and I don’t think I ever will be, but I am way into the idea of communicating with stickers. (I’m the person in your Monster Hunter group who commends every little good deed with a thumbs-up right on cue.) Dragon Quest of the Stars has adorable doodles by the illustrator Kanahei. 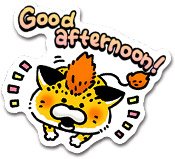 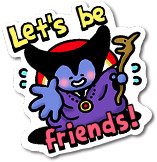 With the first three games and Dragon Quest XI on Switch, it’s a particularly good time to be a fan.