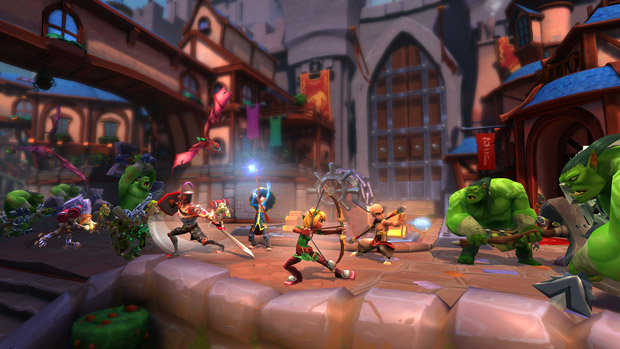 Trendy is ‘focusing on what fans really want to see

There was backlash when Trendy Entertainment announced Dungeon Defenders II. While the game was always going to retain its tower-defense foundation, the studio was planning to add a competitive, MOBA-style mode. That didn’t sit well, ultimately becoming a point of obsession for some fans. It’s out now. Gone. Just like that.

“We had strayed from making the kind of game fans wanted and the kind of game we wanted to develop,” said marketing director Philip Asher. “So, we’ve nixed the MOBA-style of gameplay and other ‘extra’ features we were talking about and instead are making the sequel we all want to play.

“First we’re going through the core gameplay experience; injecting more meaningful decisions and moments into the minute to minute gameplay that you’ll want to share with your friends. Then, in late October we’re going to kick off our first major community initiative to get fans involved in the development of the game, and start working with them to make the roleplaying and item systems as satisfying as possible.”

Dungeon Defenders II is lined up for a so-called “soft launch” next spring for Windows, Mac, and Linux. It is a free-to-play title, which frightens me a bit. Okay, more than “a bit.”