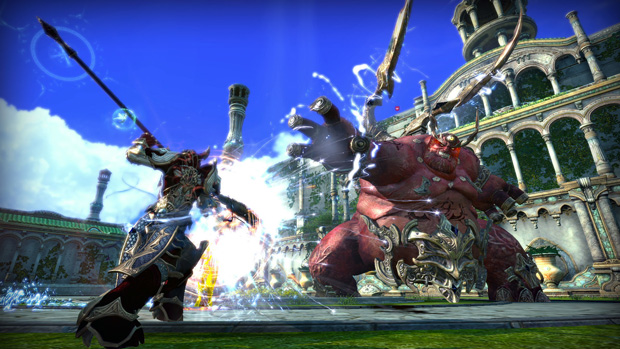 Play this action MMO for free with new content

TERA announced recently that it would be going free-to-play and changing its name to TERA: Rising. Well, the free-to-play switch is complete and as of today you can check out this nice action-focused MMO without paying a dime.

If becoming free wasn’t good enough, there is also a batch of new content added to the game. A new dungeon, Crucible of Flame, features wave-based combat that sounds very much like a “horde mode”-style survival setting, and a new three vs. three battles area gives some love to PVP fans. If you are planning on joining TERA for the first time there are two new servers going up today to allow everyone to get a fresh start.

Personally, I enjoyed what I have played of the game, and I think I am going to give it another go now that I don’t have to pay monthly to play.

It’s easy to jump in and try it out with an installer that is very similar to World of Warcraft‘s that allows you to start playing before everything is downloaded. I know there are a lot of MMOs out there on the market, and it can be hard for one to stand out from the crowd, but I think TERA does a pretty good job with it’s action-based gameplay. It’s even possible to play with a controller if you want, which is kind of a nice change of pace for an MMO.

I suggest you take a look at it and see what you think. You’ve got nothing to lose.