Major League Gaming, or MLG for short, is the largest professional videogame league in the world where pro gamers compete in various games in cities across the country several times per year. My first visit to this event was last year at National Harbor for MLG D.C. — before then, I really had no idea that competitive gaming existed to this extent. I stuck to my own little world of playing and writing about traditional games and left it at that.

I haven’t even touched StarCraft for over ten years, and I’m not really into first-person shooters. But I’ve always admired gamers and their passion, and since last year’s exposure to MLG I’ve grown a slight curiosity in regards to the pro circuit. This is my journal of my time at MLG Providence this past weekend in which I follow ReIGN, a StarCraft II team.

A lot has changed since last year, and not just in terms of a growing audience and new sponsors. StarCraft II now takes the main stage and my close friend, Dawn Moore, is now the manager of a team called ReIGN. Last year, we were barely press — Dawn was just beginning her foray into competitive gaming and I tagged along for fun. But this year, I’m not a half-assed press spectator. This year, I’m determined to find out more and get involved.

When I arrive on Friday night, it’s barely 10:30pm and the team is already exhausted. I quickly learn that when they’re not playing in the bracket, they’re in the practice area working on their strategies. When they’re not practicing, they’re eating. And when they’re not eating, they’re probably asleep and dreaming of StarCraft. It’s not just a hobby, or even a job — it’s a complete lifestyle. In fact, part of Dawn’s duties as a manager is to create this lifestyle. With the help of her co-manager, Frank, she’s picked out a house and furnished it. She decorates the house with her badass StarCraft art, cleans the dishes, and makes sure they’re getting paid. She signs players, travels around the country with them, and then when it’s all over, she settles into the house and continues to manage. Her job is similar to that of a sorority house mom — except with webcams and live streams of her and the players in the house.

Following Dawn around at this event is like entering another world — she seems to know everyone we run into and she has a wealth of knowledge about the event and about StarCraft. She denies the glamor of her job as we grab some energy drinks for the players. Dawn mentions that it’s rare for managers to cater to their players like this — but she stresses that it’s important to have everyone on the team at the top of their game. If they were thirsty or starving, it would benefit no one. 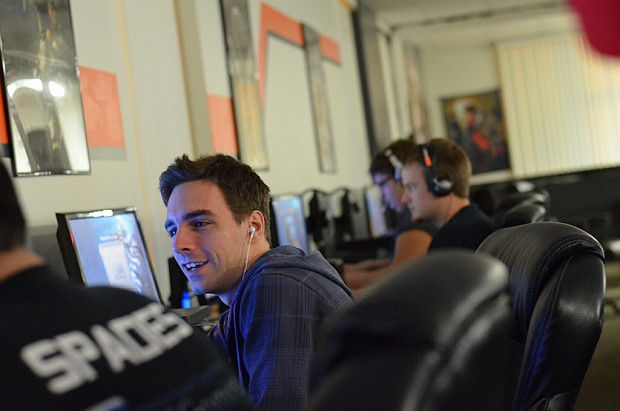 Once the team is taken care of, we run into a friend of hers, Steven — or Destiny as most call him. I realize that remembering names at this event is going to be harder than I originally anticipated. Every player has two names: a handle, and their real name. But for Destiny, it’s completely out of control. It’s almost surreal watching him get mobbed by fans as we attempt to walk out of the event. They shout his name, grab him to get a picture, hand him gifts. Yes, gifts. He received maple syrup. Oh, and a personalized painting. But this is old hat for him — he indicates that at home he has piles of fan gifts.

After the mob scene, I take in the chance to watch Andy (giX) play a match. He’s insanely fast, just like every other competitor I’ve seen so far. I ask Dawn what separates the best players from the rest. She’s quick to respond and says that most of the time it’s not about strategy or build. It’s the player’s confidence, about feeling good about what they’re about to play. It’s not completely out of the realm for players to think they’ve lost it all and quit before it’s over, only to find out that they were about to win.

I think about how strange it is to watch people my age dominate a game like this. Most of them have been playing StarCraft since before I picked the game up at 14. They took a hobby and turned it into a career, which I don’t only respect — I admire. But at this point, I’m dead tired and admiration along with every other emotion is out the window. I offer a ride to Jo (Kiwikaki), and on the way out I ask him how good he is at SC2 — he smiles and merely replies, “I’m okay.” I find out later he has thousands of fans, a Dr. Pepper endorsement, and is one of the top players in the world. 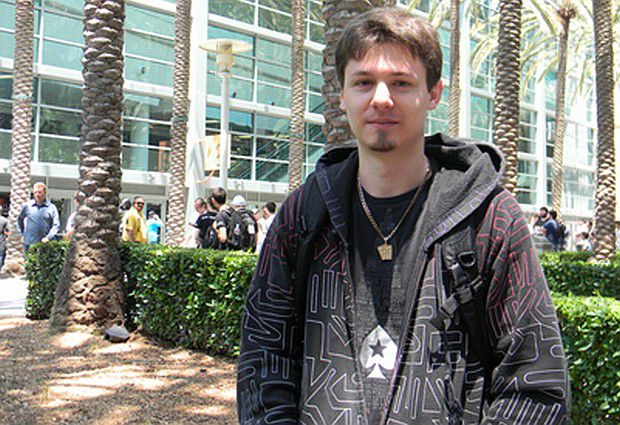 On Saturday morning, I sleep later than I have in weeks and end up making it just in time for my interview with Sundance, Creator and CEO of MLG. As we head backstage, I notice three different sets of polished commentators for each game (Halo: Reach, COD: BO, and SC2). Each booth has a sponsor backdrop nicely laid out, and a team of techies handling the sound/footage/etc. It’s quite a sight. I wonder how an event came to be like this, and this is where I start my questioning.

Sundance is definitely a jack-of-all-trades. Initially into film, he floated around various industries until a life-is-too-short revelation hit him hard. He wanted to create something great out of his passion: gaming. Following the birth of his first son, he gave himself exactly three years to make it a successful business — if he failed, he would go back to a career to support his family. But it went well — extremely well — hence the insane media and sponsorship blitz I witnessed backstage and across the main arena. 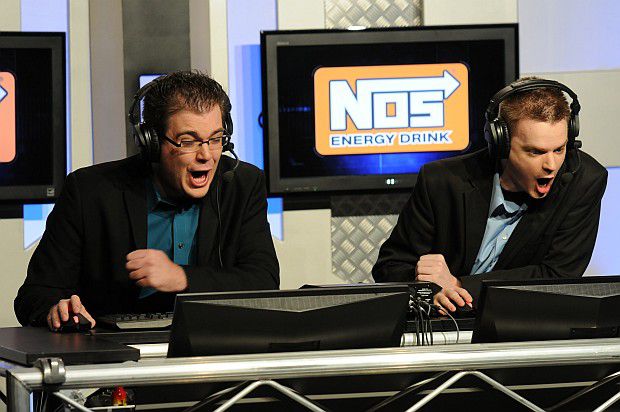 The event transforms all the time — they originally started with Gran Turismo, Soul Calibur, and Halo. The fighting and racing scene left, but the FPS stayed, and a new great contender, StarCraft II, came to the front stage. Sundance says he anticipates more change as gamers and the games they play evolve. He then explains three main audiences in regards to competitive gaming. There are those who love it, those who hate it, and then a large majority who couldn’t really care less either way. Surprisingly his goal isn’t to make everyone love e-sports — he just wants gamers to understand it.

Sundance is all business but behind the facade I can tell that he has a great passion for what he does. He’s focused on his goals and determined to create a space where all gamers, from all different backgrounds, can come together to celebrate the one thing they love most: gaming. He mentions that there are the “good” guys and the “bad” guys — the heroes and villains — and compares it to modern sports. Everyone wants to rally around a team that’s close to them geographically — but gaming and geography barely mix. So instead, people rally behind players based on who they relate to, interesting strategies, or just plain humor and personality. People flock to see the stars compete, two personalities head to head, and share in their victories.

When he says that I remember the first time I entered the press room, which offered a panoramic view of the event from above. Hundreds of gamers cheered on their favorite players, who they probably have never spoken to in real life. This event is their chance to see the pros play live and maybe snag a conversation and an autograph from them afterward. It’s an insanely large event, but the respective communities feel so close knit. I think this is what Sundance envisioned when he set off to create MLG. 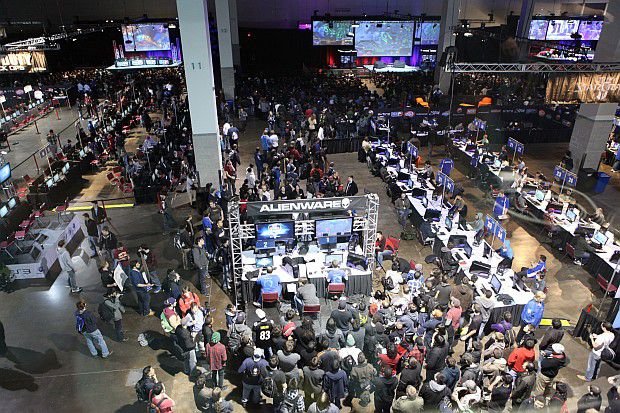 I tell him that I’m part of the nonvocal majority he mentioned earlier — but then I question that myself. I came to MLG to see Dawn, but I also enjoy it on a separate level as a gamer. So in the end, Sundance is right — this isn’t just a place for the hardcore competitive game audience. People can find enjoyment being in the same room as other gamers, visiting booths to grab swag, and demoing games that they’re interested in. But most of all, it’s a space for gamers to come together to share passion and excitement.

When I finally crawl into bed on the last night, I take a mental recap of the event. I realize that watching all of these pro gamers make me painfully aware of how little I’ve gamed in the past couple of months, and how fortunate I am to be able to play even in my spare moments. The players I met with are all gamers, but sadly they don’t really have time to enjoy other games. Andy (giX) mentioned earlier that he started Skyrim but had to uninstall it after 12 hours of gameplay because he lost focus from SC2. It’s probably the saddest thing I’ve ever heard.

But the life of a pro gamer isn’t really a sob story — they work hard, play hard, and genuinely enjoy the sport and the community. They travel across the country to compete against players from all around the world, and if they have the opportunity they come back to a team house to train for another round of competitions. Some enjoy the winnings, recognition, and money more than others but they all have one thing in common: passion. And the passion is what drives them to create original strategies, to collect hoards of fans to follow them — and to ultimately succeed. 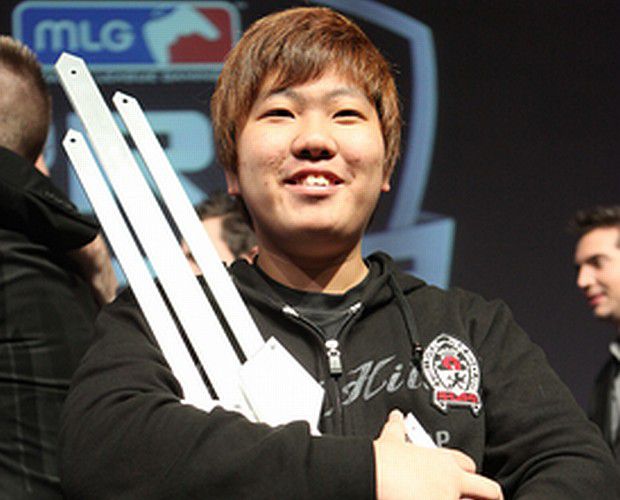