And other observations from the MLG CS:GO Major

In keeping my word of continuing to go to MLG events, I recently went to the Nationwide Arena in downtown Columbus, Ohio for the first Counter-Strike: Global Offensive Major in America, which was also the first to have a prize pool of $1 million thanks to Valve bumping the pot up from $250,000.

While there, I noticed the event was a total sausagefest, and I’ve been thinking about that ever since. There are things MLG and Valve could do to get more women interested in both eSports and Counter-Strike, but perhaps the organizers just haven’t considered them. Luckily, I’m here to remedy that.

MLG and Counter-Strike need to do more to entice women
In keeping my word of continuing to go to MLG events, I found myself at the Nationwide Arena in downtown Columbus, Ohio for the first Counter-Strike: Global Offensive Major in America, which was also the first to have a prize pool of a $1mil dollars thanks to

Much like the audience, the announcers and casters were all men. I obviously can’t speak on behalf of women, but I’d assume being better represented on camera would encourage more participation. Having a female caster would have added variety to what was a predominately white male team. While many casters in general tend to be men, there are qualified women out there, such as Lauren “Pansy” Scott, who was not at the event. 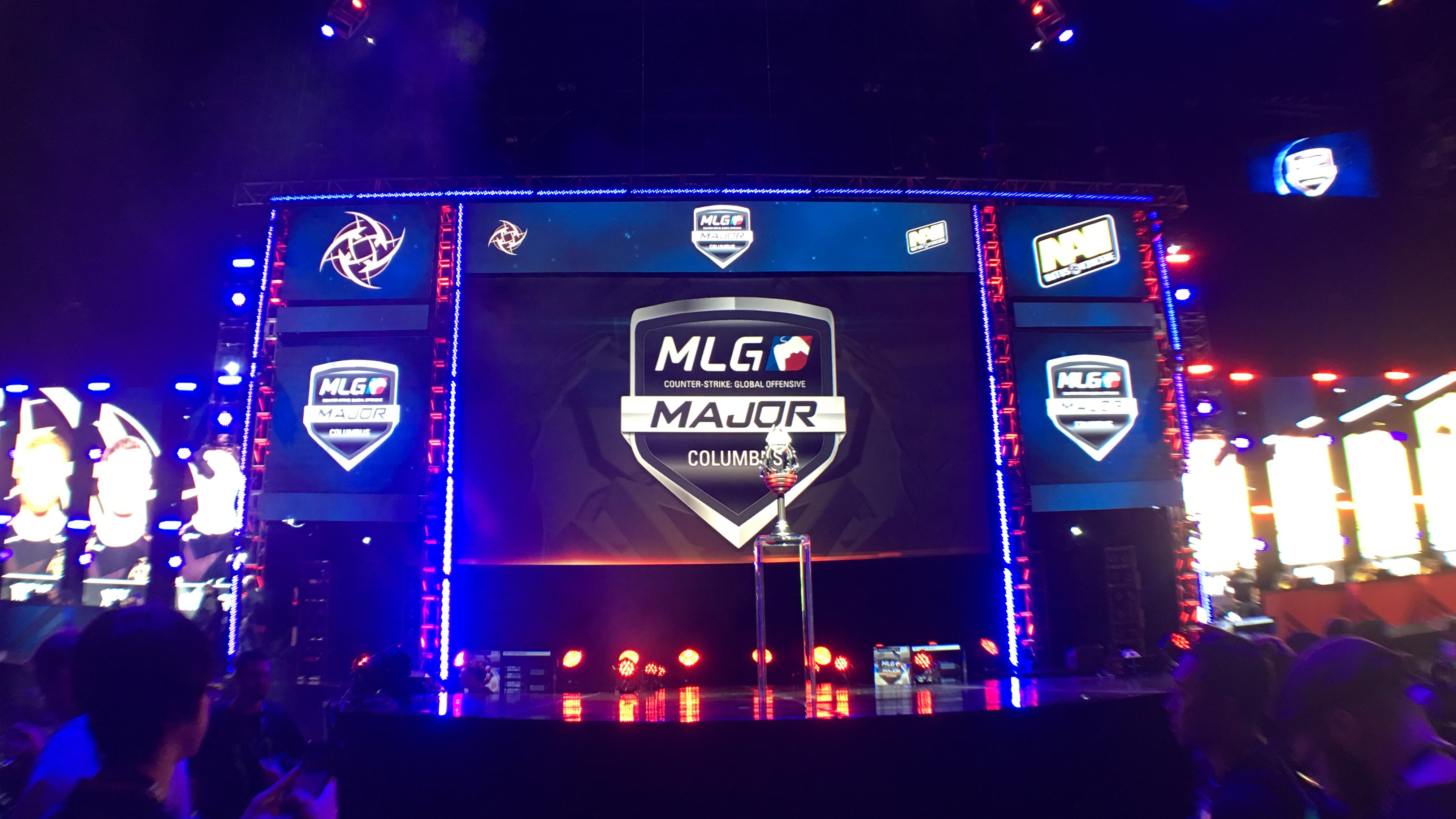 That isn’t to say MLG doesn’t hire women. At both events I attended, there were plenty of ladies, mostly working behind the scenes. Heather “sapphiRe” Garozzo was one of three observers for the CS: GO Major, meaning she helped decide what players and cameras would go up on the screen as matches were happening; a job that requires knowing the game inside and out.

The Counter-Strike series started 16 years ago, and yet there still aren’t female character models in the current game, Global Offensive. I’m sure many people would appreciate the option, but whenever this suggestion is made, the same few arguments against it arise.

Players like to claim that counter-terrorists are predominantly male because it is a demanding position that a woman couldn’t possibly do, but clearly they have never heard of the Yemen’s elite female counter-terrorism force, consisting of 42 women who do everything the men do and then some, or the female fighters of Kurdistan. Others say the hitboxes would have to be smaller due to women tending to have smaller frames when that isn’t always the case; all genders come in various shapes and sizes.

Arguing for realism in a game where counter-terrorists can hide in porta-potties while their teammate bunny hops to get multiple no-scope sniper kills in a row is asinine. 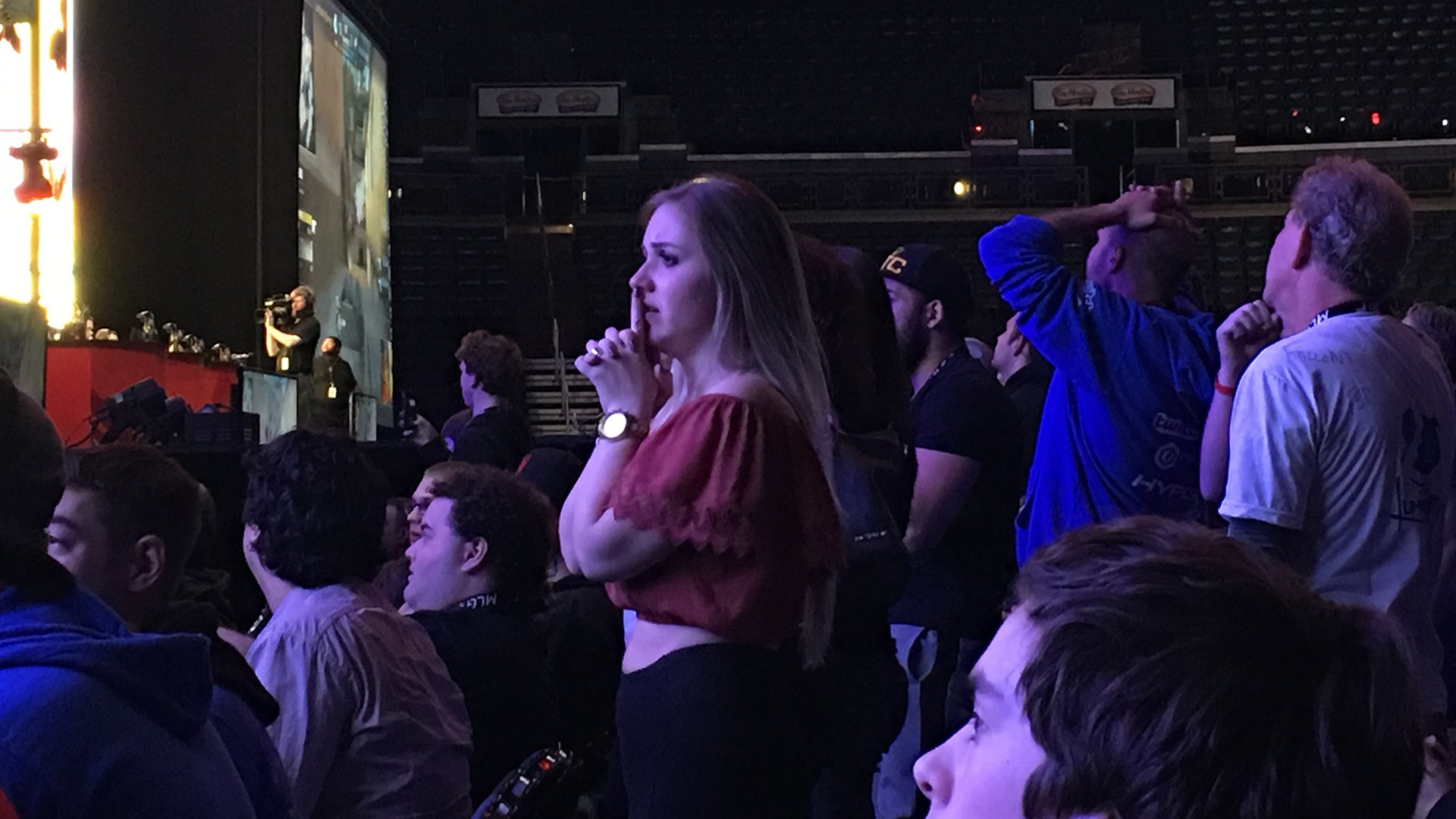 [Tensions were high during the finals, and it wasn’t just men who cared.]

Since I’m rather new to the world of eSports, I enjoy taking in the environment and culture around me more so than paying close attention to the games, as I could just as easily watch those from home. I couldn’t help but eavesdrop on a couple sitting in the row ahead of me during the finals.

The woman was wearing a t-shirt repping Luminosity Gaming, the team that ended up winning the tournament. I’d guess she was in her late 30s or early 40s, and it seemed obvious she was the one who wanted to be there most. “They are a Brazilian team, but that guy there is actually an American they recruited,” I overheard her explaining to her boyfriend, who looked about the same age. He was clearly the one fresh to competitive Counter-Strike in this scenario. This moment surprised me, as it may you, considering the stereotypical image of an eSports spectator isn’t that of a middle-aged woman.

So yes, some women are already invested in eSports and Counter-Strike, but imagine if MLG and Valve gave more of them a reason to care. You’re talking about around half the population of the world being mostly ignored here — though that could be said about many aspects of gaming as a whole.

Maybe MLG and Valve are content with the amount of money they are earning. The tickets for the Major were sold out, but only about half the seats in the arena were offered, leaving the sides of the stage empty. I bet if a few changes were made to cater a bit more to a wider audience, the whole damned arena would easily be filled in the future.

[A press pass was provided to the event courtesy of MLG Columbus and MLG.tv.]