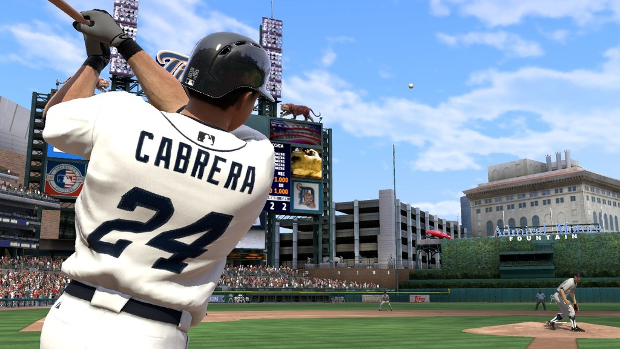 Your new MLB The Show cover athlete is in — it’s Tigers third baseman Miguel Cabrera. I didn’t vote for him, but he’s my cover athlete. Cabrera was revealed this evening on MLB Network at the Player’s Choice Awards. Players selected the new cover athlete as well, for the first time.

We also got a tease of MLB 14 The Show running on PS4 for the first time, as Shown above. You can also check out some comparison screenshots here. The game will also come out for PS3 and PlayStation Vita next year.

MLB 13 The Show was as good as the series has consistently been in recent years. In fact, with the excellently tuned hitting, it’s probably the best entry. Still, like most sports games, the series has shown its age on these waning consoles, likely exacerbated by the yearly release cycle. That’s why I’m excited to see what Sony San Diego does with the PS4.

Even the small things like going from 42 crowd models to over 1,000 sounds like cool touches. And let’s not forget over 40,000 individual strands of hair. C’mon, you know that does something for you. Jayson Werth looks like Max Payne.