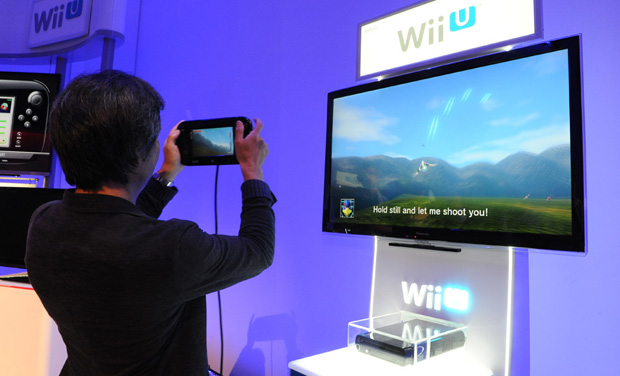 Nintendo’s Shigeru Miyamoto has new projects in development for the Wii U that use both the GamePad and television screen, and here he is introducing three of them at E3 2014.

Project Giant Robot puts you in the cockpit of a hulking, clumsy robot fighting automatons — don’t fall over! Project Guard has you in a control room, using 12 security cameras to stop invading enemies. And Star Fox wasn’t really shown, but is said to use the GamePad for a cockpit view and feature motion controls. I’m wondering which kind of Star Fox game this will end up being.

Development is progressing smoothly on [Project Giant Robot and Project Guard],” said Miyamoto. “We will be able to have you experience them soon, so please look forward to them.”