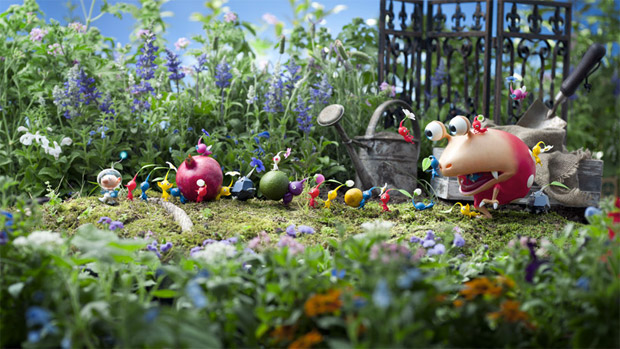 In an interview with Game Informer, Nintendo designer Shigeru Miyamoto spoke about where the company’s priorities lie in terms of creating new intellectual properties. There are a lot of familiar franchises coming up for Wii U and 3DS and although many of them look great — terrific, in some cases — is this overwhelming reliance on familiar characters a problem?

“Certainly within Nintendo,” begins Miyamoto, “we have people internally who are saying, ‘Well, we have our old characters from our old games, and that’s old IP, and we should think about creating new IP.’ But the question that we always ask is: ‘Does a new character really make it a new game?’ And to me, the answer to that is, ‘No.’

“What makes it a new game is new gameplay and new interactions. So when we’re creating a game, we’re always looking at it from, ‘What is the gameplay, and how are making that gameplay new?’ And then, ‘Who is the character that is best suited to that gameplay?'”

Miyamoto feels this approach allows Nintendo to create new experiences even if they are associated with fan-favorite characters. Citing Pikmin as an example of Nintendo’s philosophy, he explains that “we created this new style of gameplay, and it really needed a new character in order to have that gameplay work, and that was the approach we took. We created the gameplay mechanic first, and then created the characters afterwards.”

He continued: “What we always stress, when we’re working with our development teams is, ‘Focus first on creating fun and new gameplay, and then we’ll figure out what the character is or what the IP is that’s going to go with it.'” While it’s an admirable approach and one that has largely served Nintendo well, I can’t help but wonder if we couldn’t get just a little bit more on the new-IP front.