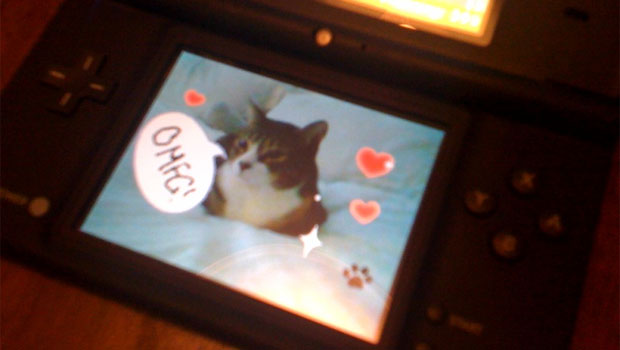 Since this is important information to know, Kotaku has learned that Shigeru Miyamoto is now the proud owner of a cat. No details on the cat’s breed, color, size of stool, or name are known at this time.

So the reason this is even being mentioned is because Miyamoto has a long history of talking about his hobbies and personal life, which then later materializes (in some form or another) as a videogame. Take Wii Fit for instance, which came about because Miyamoto got into the habit of weighing himself daily. His love of dogs eventually led to Nintendodgs; gardening led to Pikmin.

The natural assumption would be to think that Miyamoto’s cat-ownership could lead to a game like Nintencats. But speaking with a room full of press in New York City earlier in the month, Miyamoto actually shut down that very idea.

Miyamoto said he considered his dog part of the family, which led to the inclusion of a dog character in the main line up screen of Wii Fit Plus. The exclusion of a dog in the first Wii Fit made Miyamoto “sad,” so they added the “feature” to the sequel. Cats were also added, he said.

“But there won’t be a Nintencats,” he added, laughing.

I don’t know what’s so funny. I would totally buy a Nintencats game for the Wii that utilized the Vitality Sensor.