But everyone loves Shenmue so it’s okay

The Shenmue 3 Kickstarter has surpassed five million in funding with just under a day and a half to go, but creator Yu Suzuki has insisted that they need roughly $10 million to have a fully realized open world.

It’s shooting for the stars for sure, but a number of different choices could have been made to bump the campaign up significantly. 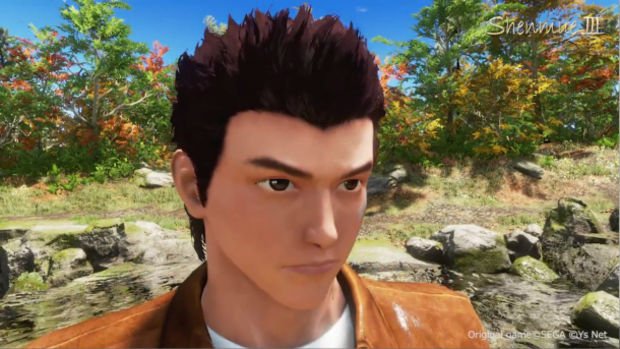 When Shenmue 3 was announced during E3, the whole world (myself included) went crazy. Series creator Yu Suzuki was teasing it a day before, but no one really could have expected it given how long the series had been on hiatus. Then the questions starting coming, and things got a little more complicated.

It came out the day after the announcement that even though the team was asking for money on Kickstarter, Sony would be funding the game. I kind of feel bad for Suzuki as he had to apologize for “misleading” people, but the entire “Sony is funding some of it, but we’re not actually going to tell you how much” business was a bit weird. That’s definitely something that should have been explained at E3.

If there’s one thing we learned about backers over the years, it’s that they want an idea of what they’re contributing to, and where their money is going. With Shenmue 3, there are still some doubts though in terms of the latter point Yu Suzuki has confirmed that all of the campaign proceeds are going directly to the game, and not Sony.

Yes, one of their stretch goals, one they haven’t reached yet, is actually a “new Kickstarter [cash] record.” I’m speechless.

While the campaign runners did end up catching on to the concept of stretch goals, it took them days to scramble to come up with ideas. At first, the campaign only had a mere few mentions of what they’d do if they surpassed their funding amount.

The days of “let’s just see how much we get on Kickstarter and be surprised later!” are over. Campaigns need to think about the big picture and keep the train running with constant engagement and new goals and activities. IGA’s Bloodstained campaign did this impressively, with multiple social media metagames and daily stretch goal updates. Maybe the Shenmue team can up their funding with a good post-Kickstarter PayPal campaign and reach that lofty $10 million mark.

Of course, a lot of future Kickstarter success is going to be contingent on luck and timing. Having Sony announce Shenmue 3 during its E3 press conference did wonders for the campaign, yet Inafune is struggling to have lightning strike twice with Red Ash — his unofficial Mega Man Legends project, announced at Anime Expo.

The Shenmue 3 team has your money — now we just wait for the finished product. As for myself, I backed it at the $29 level. Shenmue means a lot to me as a series, and it got me through some really tough times. If the campaign was handled a bit better and was more focused, I may have upped my pledge.