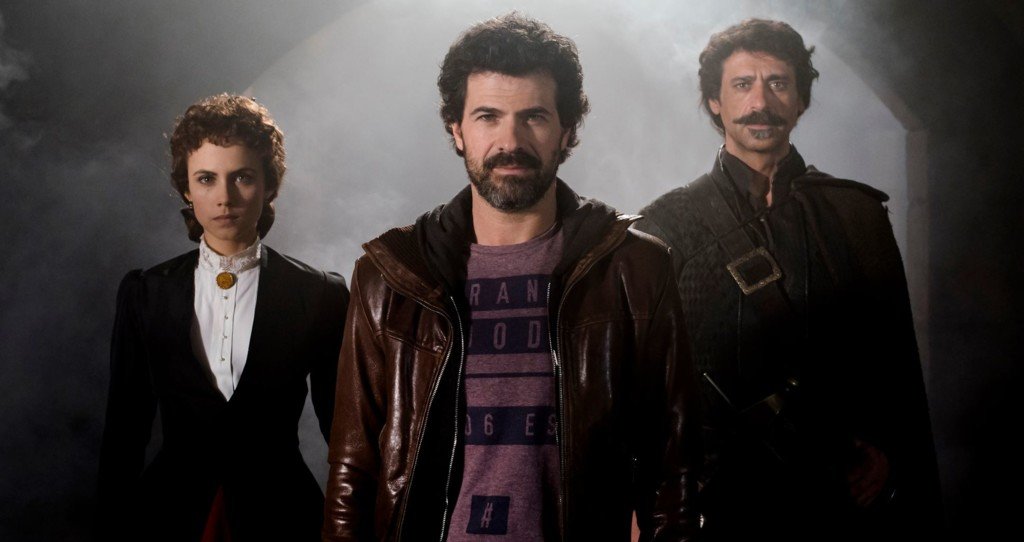 If you’re one of the thousands of fans eagerly anticipating whether NBC’s show, Timeless, would be renewed or canceled — for the second time, mind you — then no doubt you’re also looking for another series to watch. Something that scratches that history itch, perhaps? Well, a certain Spanish show has got that covered.

El Ministerio del Tiempo (The Ministry of Time) follows the adventures of three strangers — two men and one woman — brought together to stop villains from interfering with historical events. Sound familiar? A little bit like Timeless? That’s because it’s the show that NBC’s series totally ripped off. 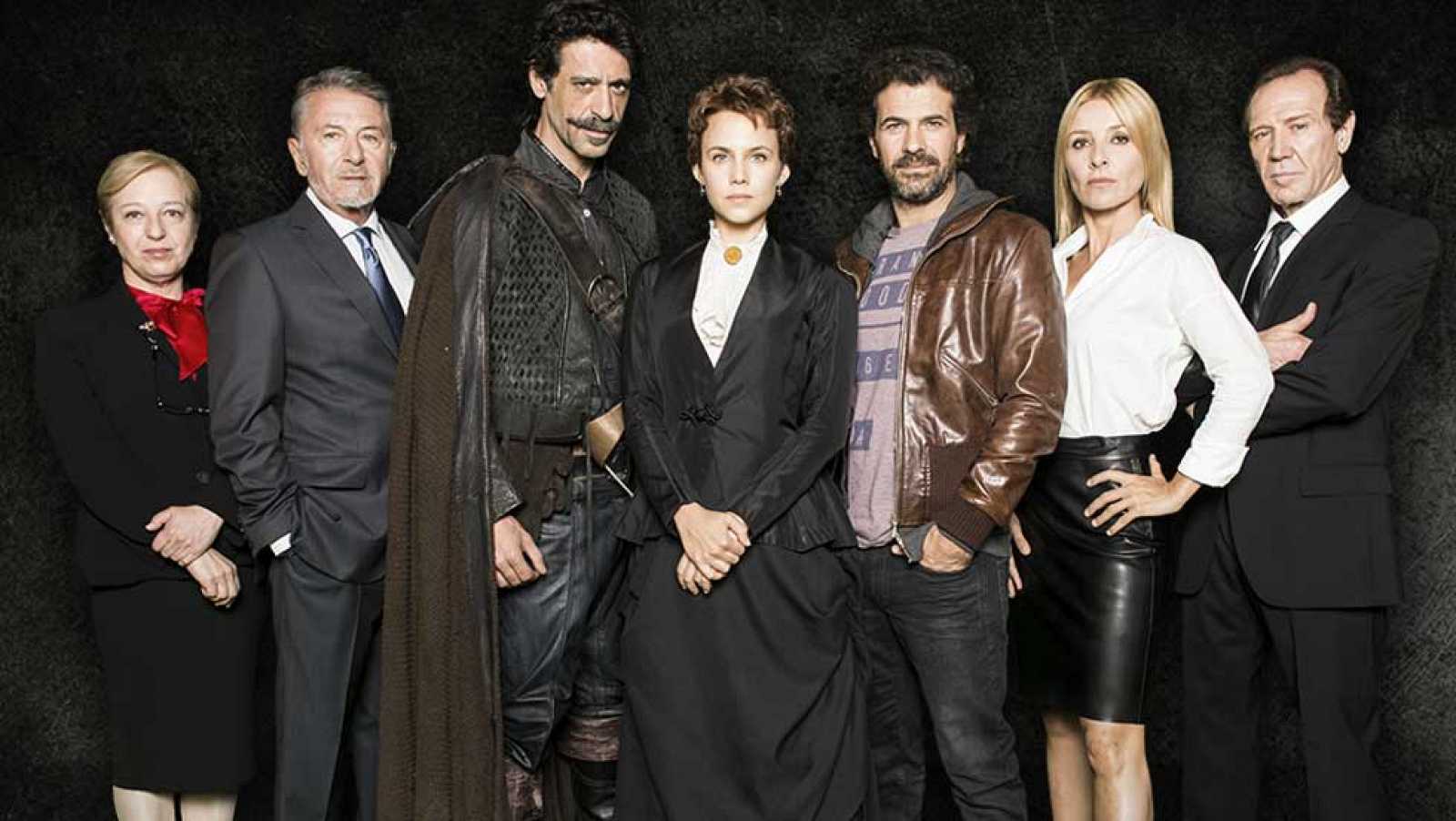 Time Travel cannot save you from Copyright Laws

According to Ministerio‘s producers, Onza Partners, they were in negotiations with Sony back in July 2015. The producers were in talks in the creation of a US version of the Spanish show. Just a month later on August 26, Sony unexpectedly terminated all negotiations. Within that same day, it was announced that a pilot for a show called Time was being produced for NBC. This would later become Timeless — a show which, coincidentally, follows the adventures of three strangers (two men and one woman) brought together to stop villains from interfering with historical events.

Onza Partners filed a lawsuit against Sony, NBC, and Timeless‘ showrunners Eric Kripke and Shawn Ryan. The case dragged on for months until it was quietly settled. Timeless was canceled and then renewed for its second season. Ministerio, which was initially broadcasted by Spain’s RTVE, then had all its seasons available internationally on Netflix.

‘There are no time machines.’

What is Ministerio about exactly, and what are its similarities — and differences — with Timeless? Well, for one thing, it’s not as sci-fi as you might think. Yes, obviously characters travel through time, but there are no time machines to speak of. Instead, there are “doorways” deep in the bowels of the titular Ministry — a Spanish state secret known only to its employees, the royal family, renegade agents, and naturally, American spies.

A massive spiral staircase connects to hundreds of doorways, and each one leads to a specific time period from Spain’s rich, tumultuous, and sometimes dark history. Some moments might even elicit goosebumps — such as the magnificent shot of an aqueduct being built in the horizon, watched over by a Roman legionnaire. This depicts the Iberian Peninsula’s time as a Roman province, Hispania. This was either after Rome’s victory over Carthage during the Punic Wars, or after their destruction of the remaining Celtiberian and Numantian tribes.

Along the way, you’ll encounter Spanish personalities known throughout the world. The beautiful and willful Isabella of Castille graces our screens, and so does the menacing Tomás de Torquemada — Spain’s first Grand Inquisitor, lover of heretic-burning. Nobody expects the Spanish Inquisition, just like nobody expects a Groundhog Day reference and a satirical interpretation of the setting, complete with a man being scorched on a pyre repeatedly. There are other comical moments such as the neurotic Diego Velázquez, one of the country’s most famous painters, fanboying when he meets Pablo Picasso.

There are also some wacky scenes that you’d never expect to see on TV — such as Hitler cussing out Francisco Franco, while Himmler and his SS goons are rounded up by General Ambrogio Spinola. That guy is famous for his tactical genius during the 17th-century war against the fledgling Dutch Republic. This time around, he’s smacking the Schutzstaffel. 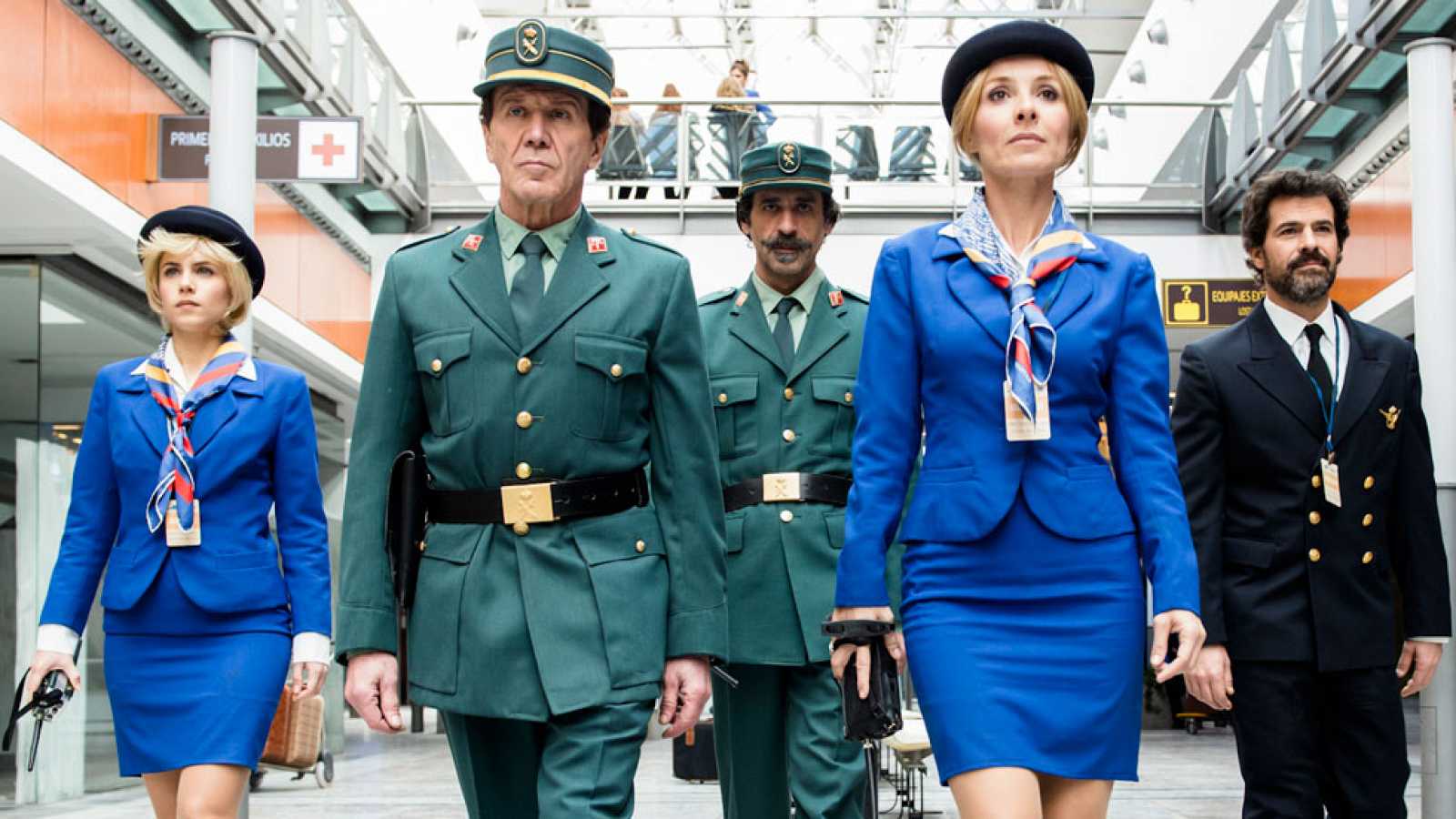 ‘I cannot believe this. I have the blood of a woman in me!’

All these moments would be all for naught if there isn’t a cohesive story or a capable cast of actors and actresses to do them justice. Thankfully, Ministerio has a perfect ensemble. Maybe it’s the language? Everything sounds sexier and more serious when it’s in Spanish, right?

The aforementioned trio is comprised of Amelia Folch (wonderfully played by Aura Garrido), a brilliant and headstrong young lady deadset on learning more about the world and avoiding the stereotypes of her era, Julián Martinez (Rodolfo Sancho), a paramedic distraught over the death of his wife due to an accident, and Alonso de Entrerríos (Nacho Fresneda), a dour and devout soldier, adeptly trained on the battlefield as part of a tercio infantry unit.

Yes — you read that right — “tercio infantry.” The Ministry’s employees are all from different eras. Alonso is from 16th century Spain, resentful of the losses suffered by the Army of Flanders. He still cannot believe that women in modern times are allowed to vote and have a bigger say on certain matters. Amelia is from the late 19th century, where it was still common for women to just get married, have babies, and take care of the house. She is, naturally, at odds with Alonso in a jovial manner. Julián is the only one from the present day — recruited after his self-destructive behavior nearly cost him his life, and ended up with him encountering two renegade time travelers.

The patrol his handled by Salvador Martí (Jaime Blanch), head honcho of the Ministry. Martí is assisted by his trusted colleagues — Irene Girón (Cayetana Guillén Cuervo), a seductive lesbian from ’60s-era Spain, Angustias Vázquez (Francesca Piñón), Martí’s secretary who’s deceased husband was also a former Ministry agent, and Ernesto Jiménez (Juan Gea) in a fantastic reveal of one’s backstory which I truly don’t want to spoil for anyone. The cast provides entertainment in campy comedy and reserved melancholy, bordering on despair, especially with Julián’s case and his lost love. A conflict of interest arises when the patrol faces off against recurring “villains” Lola Mendieta (Natalia Millán) and Armando Leiva (José Antonio Lobato), disillusioned Ministry agents who use forbidden paths to travel through time periods. I use the term “villains” loosely as even the antagonists aren’t your typical one-dimensional telenovela madrastra. 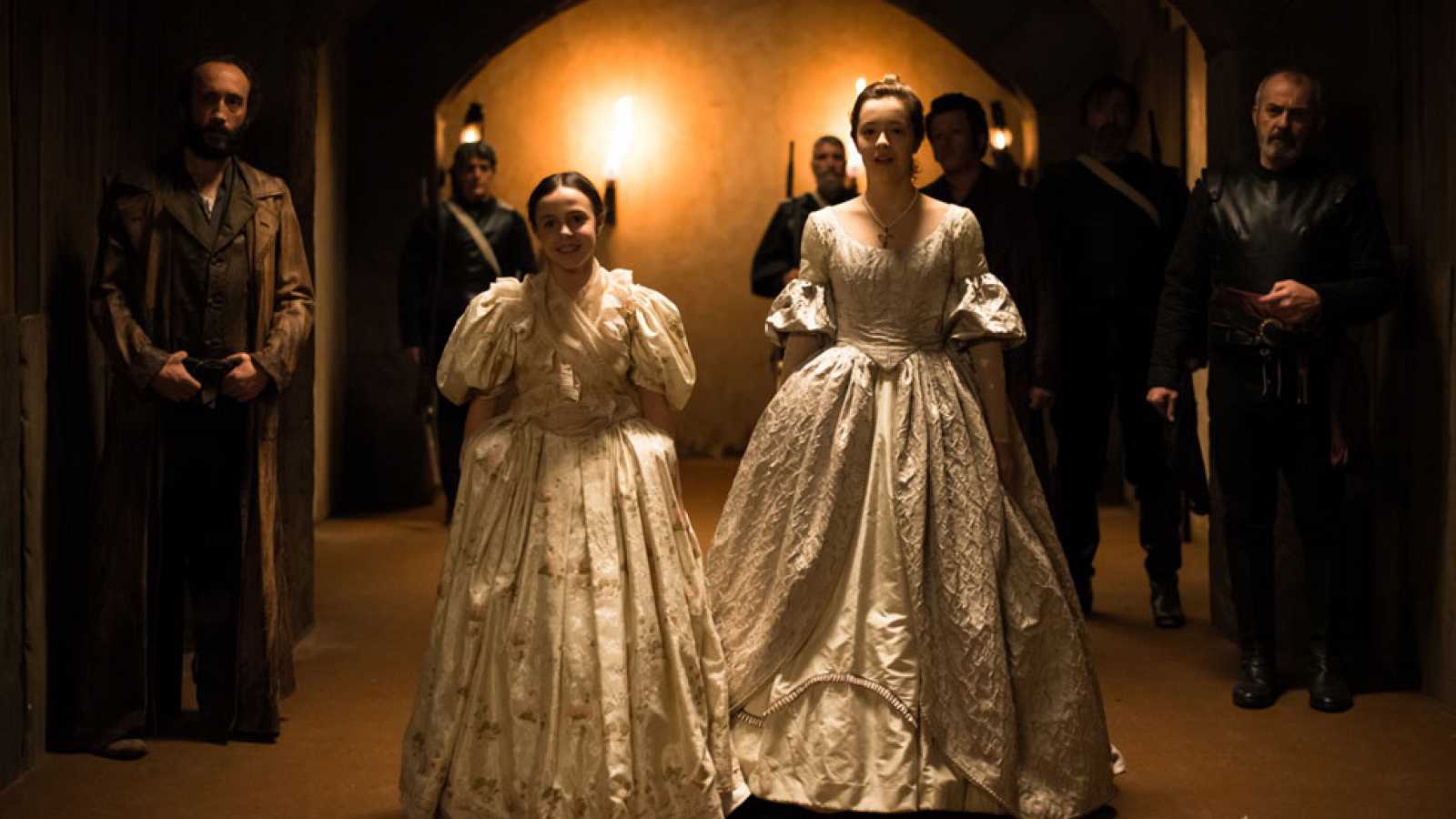 ‘We used to have an empire…’

What makes El Ministerio del Tiempo work is that it just hits all the right notes. Whether it’s the campy comedy, pop culture references, political jabs, Spanish tradition pokes, and the melodrama and action, every episode is worth watching. The cast gel well together and have shown remarkable chemistry.

Compared to Timeless, Ministerio had the benefit of providing something fresh for Spanish telenovela viewers, whereas the former had to contend with tired, old tropes and plot devices that have been a mainstay in Hollywood for decades.

Likewise, even though American history is fascinating and frightening, Spanish history, however, draws from several additional centuries worth of material to choose from. Spanish lands came to historical prominence, as mentioned when it was a Roman holding — this was the earliest era depicted in the series so far. Spaniards, and those whom they’ve assisted, fought, or conquered, have made a major impact throughout European and World History, for good or ill. Whether it was Columbus’ journey to the Americas, Magellan’s circumnavigation of the globe, The Inquisition, The Reconquista, The Armada, The Habsburgs, The Napoleonic Wars, and its impact on its colonies — there’s no denying that this once grand yet flawed empire had influenced countless peoples across the globe.

I spoiled myself just a little bit after finding out that season 2 will have a two-parter set in my home country, the Philippines, where our heroes find out just how harsh overseas wars can be. That’s pretty much true. The summary of Spanish rule if we recount Philippine every Spanish colony’s history would be: “300 years of pillaging and mistreatment followed by getting their asses kicked.” Beyond that, though, we’d still see how vibrant and dynamic certain historical events and personalities can be, things which many international viewers may not be familiar with. I even had to Google who the hell Lope de Vega was, and why he was such a ladies’ man. 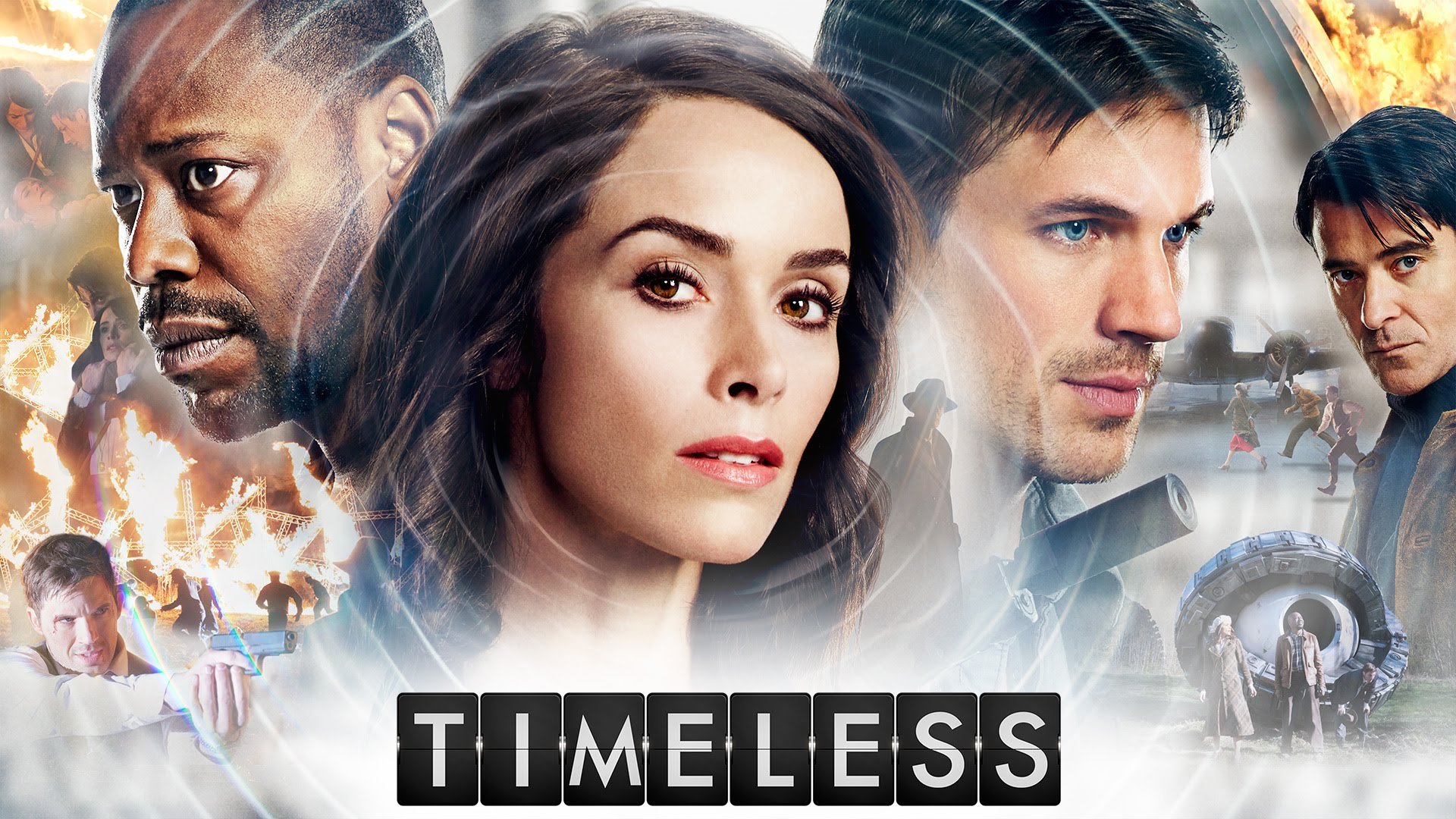 ‘Imagine if they make a TV show about the Ministry. How silly would that be?’

Excellent production values, admirable depictions of events, and likable characters make for a pretty good show, although not everything is muy bueno. Faulty translation with the subtitles can stick out like a sore thumb — i.e., “Tell me were are my friends!” These instances, however, are few and far between. Some scenes and plot points also leave you with the lingering questions of “WTF?” and “Why didn’t they just do this or that?”

Timeless suffers from those same plot holes as well, although Ministerio does a better job of covering things up. While both shows deal with renegade time travelers chased by a trio of agents, Ministerio has a better-written supporting cast. It also helps that majority of characters in the Spanish show are from different eras which mean different belief systems and prejudices, ones which are often explored throughout the series. It’s a far cry from Timeless‘ setup of “everyone’s from the present day and we have a time machine.” I personally prefer the Spanish show more than NBC’s version, though that’s mostly because I’m a lover of all things history. English-speaking viewers might tune out due to subtitles or a lack of interest in Spanish happenings in the 1400s. Still, if you’re missing Timeless and are eager for something to whet your appetite for history, give the Spanish series a go.

El Ministerio del Tiempo is multi-awarded, and, just like the US show that copied it, is beloved by fans. Be forewarned, however, that the series was not renewed after its third season which is a damn shame. There are still good reasons to watch it. If you’re interested in time travel plots, Spanish history, or just a fantastic way of looking at various events, then the show has it all and all episodes are available on Netflix.

I’m not entirely sure why it wasn’t picked up for a fourth season. An insanely high budget for a TV show, perhaps? I mean, it does rack up 700,000 euros for a single episode, and each episode runs at 60 to 70 minutes, after all. Will it ever see a revival in the future? Who knows? But if ever there’s one thing that El Ministerio del Tiempo has in common with Timeless, it’s that it’s an awesome show that, quite simply, ran out of time.