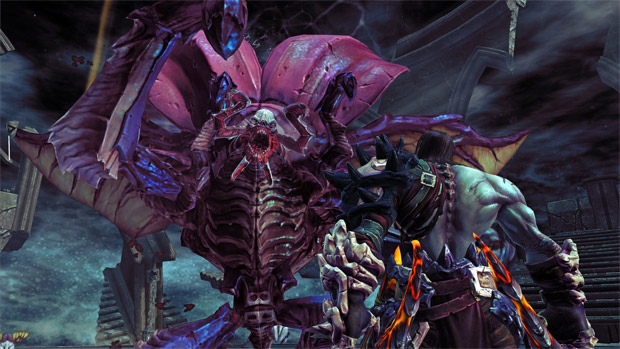 Last night, curiosity got the better of me and I nabbed Darksiders II on Steam. How is the PC version? Well, it ran, and I was able to change the resolution — but that’s about it, frankly. Sadly, it sounds like some players haven’t even managed to get that far. There are no feel-good extras to be found here, which is disappointing though not entirely unexpected.

As spotted by Rock, Paper, Shotgun, THQ community manager Mathew Everett has responded to upset users on the Darksiders forums. “During the Community Summit both Jay Fitzloff and I were under the impression that full .config files and final keyboard/mouse and controller hookups were going to work as promised when the PC version of the game launched.”

“That was the plan at the time from a specifications perspective,” writes Everett. “Unfortunately, especially at the end of the development cycle, sometimes things change at the last minute, and this was one of them. Since it was always the intention to implement these features, as I type this, the development team is checking to see what items can get added into the game.”

He continues: “While I can’t promise what can be done, I can promise we are working with the proper teams and have expressed the importance of including them in a patch.” We’ll be waiting.