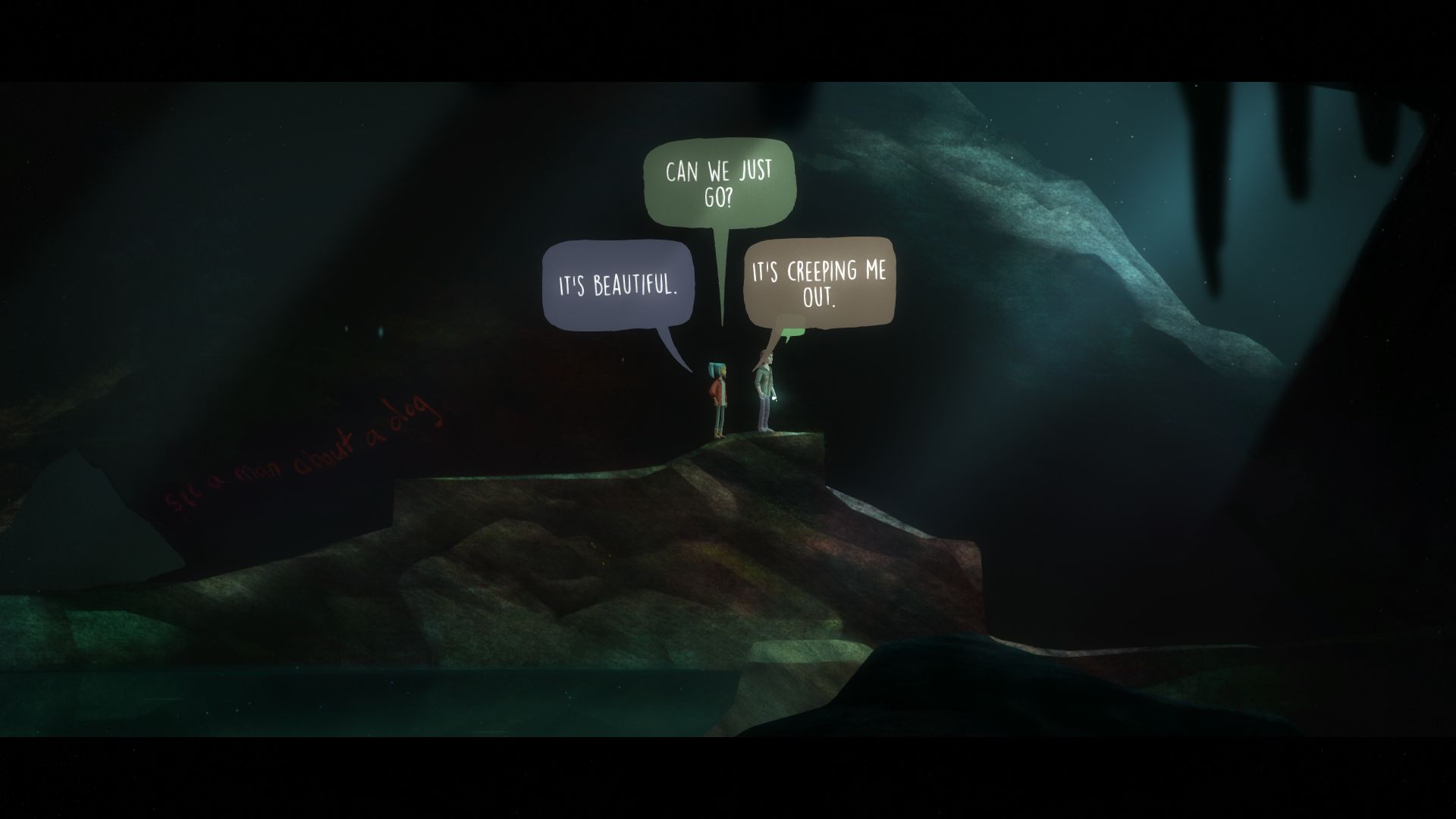 Everyone loves a good choice-based game. They’re simple, but often very effective in allowing us to interact with the game’s world in a more substantial way. Of course, they also present a pretty difficult design challenge, because writers have to make sure the players know what they’re getting themselves into with just a few words, often known as the preview text.

Preview text is obviously a necessity, because there’s no way you can fit all of the text you need into a little tiny button for the player to press, but it can sometimes cause the player some problems. Short lines with easy-to-convey messages are a piece of cake, but what do you do when things get a little more complicated? This is the exact problem I ran into when I was writing a choice-based game for the first time.

It’s not something you really tend to notice that much when you’re playing them, but there are tons of different ways that games try to convey their message using preview text for a choice. There are a few different ways that games will telegraph to you with previews of what exactly it is you’re going to be saying or doing, to mixed results. Some games will do their best to make the sample text verbatim what the player character is going to say, but this can be difficult with longer or more emotionally complex lines. 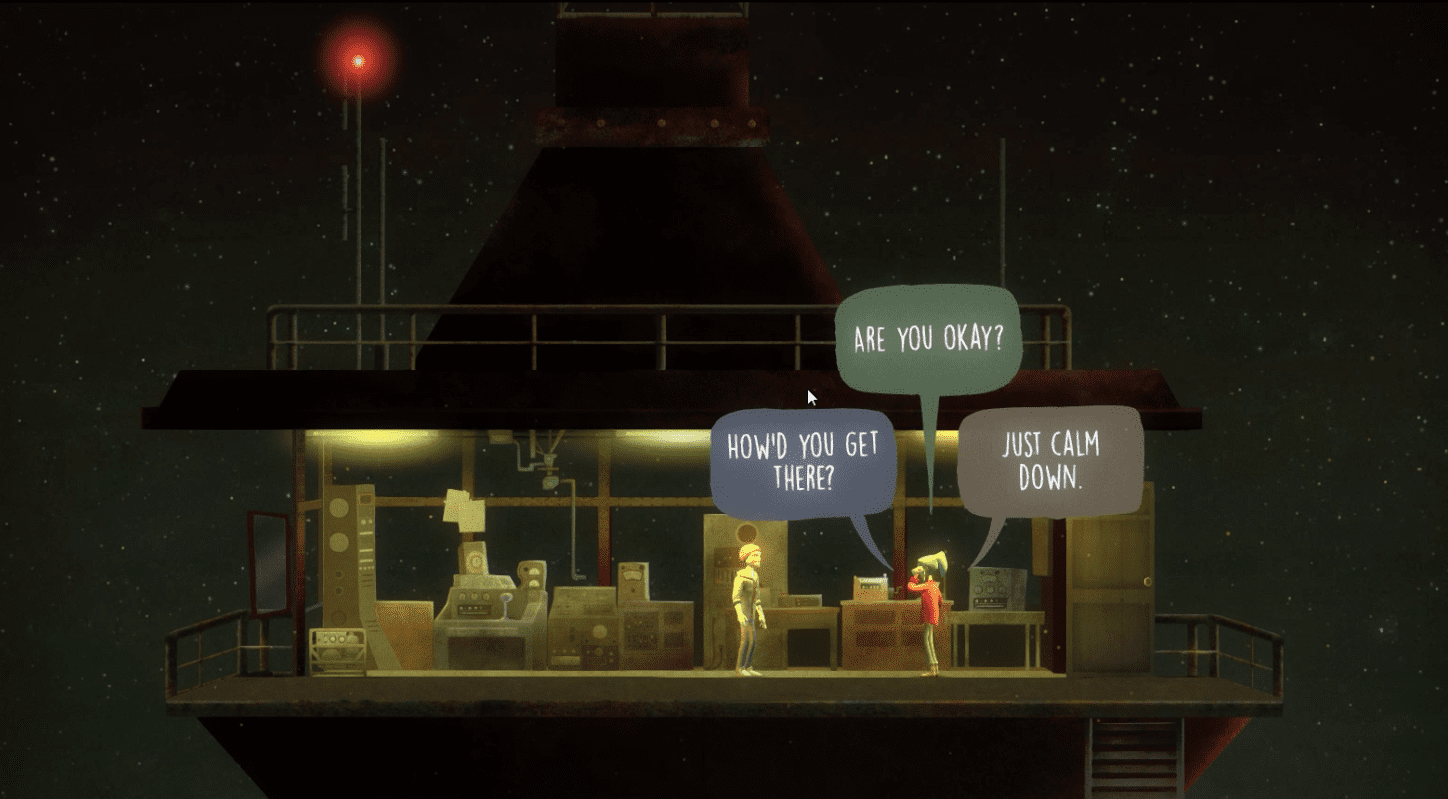 Oxenfree is a good example of this — for the most part you say exactly what’s written in the speech bubbles you can choose from, give or take a word, and then if there’s more to elaborate on, Alex will continue saying the line. Personally, I think Nightschool did an awesome job of telegraphing exactly what you meant to say when you said it in Oxenfree, so I had very few moments of frustration when it came to the dialogue choices.

Then there’s the method of using a different wording in the preview, but in a way that accurately sums up what the character will be saying. It’s more of a sentiment, if you will. Mass Effect uses this technique most often, and while it usually works fine, I do recall quite a few occasions when I chose a certain line, only to get a slightly different meaning in the real dialogue. One particularly cringy moment happened when I thought I was just being polite to Kaidan, only for it to come off as flirting. I like you, Kaidan — just not like that. The last method is the most simple, but can work just as well — basically, you just describe the function of what the player is going to say, rather than the actual words they’ll be saying, like “agree with him,” “spare his feelings,” or “tell her the truth.” This technique was generally used in older, text-based adventure games, but we can sometimes see it mixed in with newer games, depending on the situation. If I had to guess, I would think it’s fallen out of fashion because it feels less immersive to play.

The reality is that any of these methods could work, it just comes down to making sure the way you phrase what those choices are is as unambiguous as possible, especially in high tension situations or when there are a lot of complicated emotions involved.

Considering this is an easy problem to encounter when devs are writing hundreds of pages of dialogue, inevitably there are moments where the preview text doesn’t convey what you’re actually going to do or say with any level of accuracy. These moments can range from frustrating to downright hilarious — one of the most classic examples comes from a Wolf Among Us choice that reads “[Glass him].” I personally chose this one on my first playthrough without having seen any of the memes because I thought it meant Bigby would cheers the Woodsman or something, but I instead got the shock of a lifetime when Bigby smashed his glass over this poor man’s head.

Another well-known (and well-loved) example comes from Mass Effect, during a tense but otherwise civil conversation with the salarian scientist Chorban. One of the choices the player is presented with during the conversation is simply “[sigh],” and if chosen, Shepard actually says “I should kill both of you idiots.” Wait, what? While the Wolf Among Us scenario is an example of text that imperfectly portrayed its meaning, part of me wonders if this was just a mistake that somehow made it through into the game, because that reaction is so different from what it feels like it should be.

These are really funny scenes in retrospect, but in the moment it can be annoying to have an outcome feel so different than the choice you picked. I mean hell, there are plenty of lists out there chronicling how ridiculous these scenarios can be.

One of the reasons I love choice-based games so much is because they pose such an interesting question when it comes to writing — how do you stay true to this character while also allowing the player to have as much autonomy as possible? The closest thing I can think to this idea is improvisational theater, where actors are making it up as they go, but also have to stay in character as best they can. Ah, I love when games and theater overlap!

If you enjoy writing and have never tried writing a branching storyline before, I definitely recommend trying it with programs like Twine or Ink because it’s a great way to stretch those creative muscles.