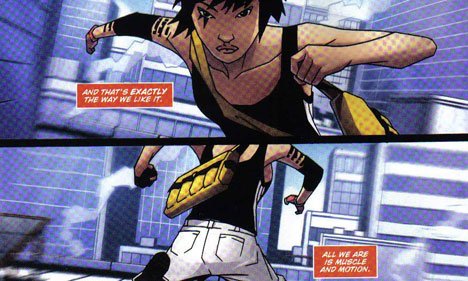 This morning developer DICE announced that Mirror’s Edge will ship for PlayStation 3 and Xbox 360 on November 11. The PC version, as rumored, will not ship alongside it; it’s said to ship “later in the winter,” which translated likely means 2009.

If you’re on the fence about the first-person action-adventure, no worries. A demo for the game will land on Xbox LIVE and PlayStation Network before the game’s release. Additionally, starting on September 26, pre-ordering the game at “selected retailers” will get you a code that unlock’s a Time Trial mode in the demo.

On staff we’re divided about Mirror’s Edge. Some aren’t sold on the first-person parkour aspects, even though they’ve played the game and admit that it works better than they had expected. Others can’t resist a sexy Asian free runner.

Which camp do you fall into?