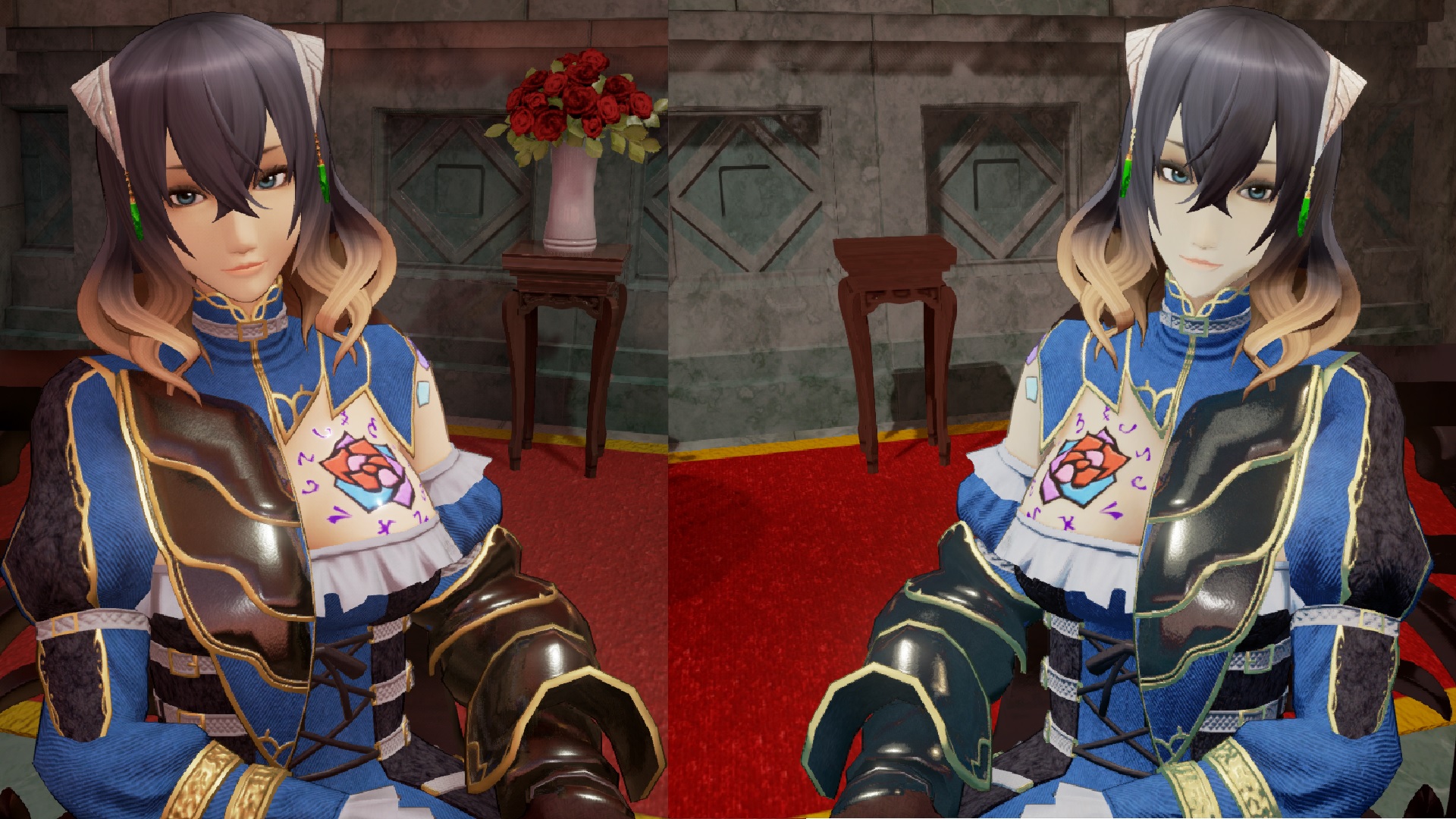 The November update for the Bloodstained: Ritual of the Night Kickstarter has been posted, with a few new screenshots in tow.

Said screenshots show off lead character Miriam in a wide shot of a scene before showing her sitting in a nearby chair proudly displaying around half of one her boobs. Gives me the shivers just looking at it; I couldn’t imagine having my chest exposed this time of year in a castle, unless the owner has hella bank to afford the heating bill.

The screenshots are made to show off a couple of different shaders the team has been working on. “This shader contains lighting, fog, and character brightness effects designed to give it a 2D look,” says Koji Igarashi on the shader used in the following shots. “I feel bad about how much I demanded from the development team!”

And for the second shader, IGA has this to say: “For this shader we desaturated the colors, enhanced the shadows, and used hatched lines to fade between light and shadow. I think this one looks especially unique.”

Personally I’m digging the first shader a lot more than the random swirls of the second, but you can provide your feedback here.

Bloodstained is expected to launch on Xbox One, PS4, Steam, Wii U and Vita in early 2017.