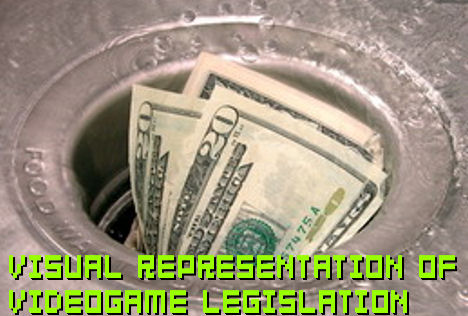 The ESA has today announced that Minnesota’s attempt to introduce an unconstitutional videogame law has ended up costing the state’s taxpayers $65,000 in legal fees. Judge James M. Rosenbaum halted  the proposed videogame law in 2006,  and the pushing of this pet issue has cost the population of Minnesota dearly.

“Minnesota’s citizens should be outraged at paying the bill for this flawed plan. Minnesota’s public officials ignored legal precedent and instead pursued a political agenda that ultimately cost taxpayers money,” stated ESA CEO Michael Gallagher. “Courts across the United States have ruled consistently that video games are entitled to the same First Amendment protections as other forms of art, such as music and literature.”

When the proposed legislation — one of several videogame laws to have been smacked down by American courts — was stamped out by Rosenbaum, he stated that “…there is no showing whatsoever that video games, in the absence of other violent media, cause even the slightest injury to children.” He also questioned why those who drew up the law persisted in doing so when the outcome was so blindingly obvious.

It’s about time that taxpayers let these anti-game wingnuts know where they want their money to go. In this time of recession, you’d think that the last thing America needs is to be sinking countless dollars into these little pet causes and doomed vendettas. Unfortunately, those who misguidedly attempt to “save the chilluns” just add to the financial strain, and won’t stop until gaming is replaced by the next big scare. Then they can do it all over again.