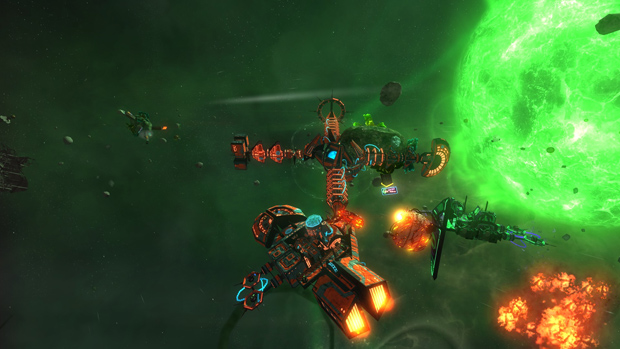 Quite the jump in presentation

Well now, this is a pleasant surprise. Space Pirates and Zombies is getting a sequel and it’s gone from a top-down view to a full 3D world while retaining many of the concepts that made its predecessor so alluring. As shown in this debut trailer, ships are made from modular parts which can be reconfigured in a matter of seconds, if you know what you’re doing. Actually coming up with a build that functions properly will probably take some tinkering.

One part of the game description from MinMax Games in particular has me celebrating: “Two hundred persistent Captains [are] able to do everything the player can, including forming dynamic factions, building structures, controlling territory, and going to War.”

Ship movement is on a 2D plane and combat is said to feel “like huge pirate ships battling on an ocean.” So this is going to be a dream come true for some of us. Nice.