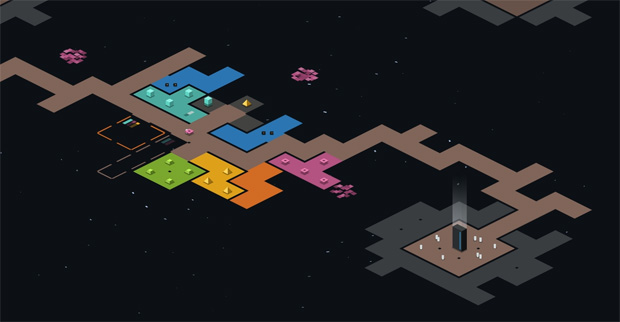 ‘Strategy’ doesn’t have to mean ‘hectic’

Rymdkapsel is one of those names that stands out but, at the same time, I can never seem to remember it well enough to spell the word correctly mere moments after I turn my attention elsewhere. A fair amount of people were curious enough to give the strategy game a download — 200,000 units of the mobile version have been sold — and now it’s coming to PC with extras.

The Steam (Windows, Mac, Linux) and DRM-free release is planned for January and features additional game modes, four more monoliths, and new missions. The soundtrack, it’s also worth mentioning, will be extended with two new songs. I imagine this’ll be quite easy on the eyes in high definition on a big screen given the art direction.

If you’re not fixated on playing the PC version specifically, know that Rymdkapsel can be downloaded for free on PlayStation Vita or nearly free as part of an Android Humble Bundle.