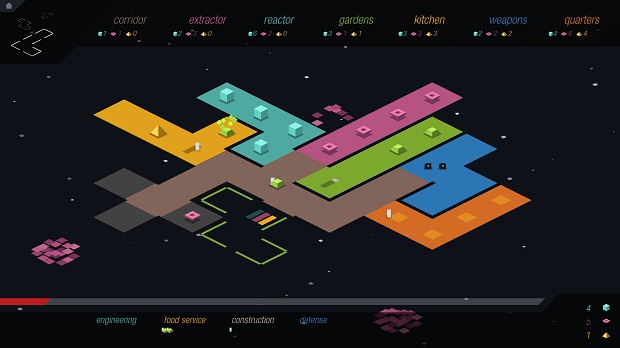 Indie studio Grapefrukt has been quietly working on games since at least 2009, and it definitely has a distinctive style, opting to design with the “less is more” philosophy firmly in mind. After making Tektonik for the recent Humble Bundle Mojam, the studio is releasing Rymdkapsel on PlayStation Mobile tomorrow for $4.99.

“Rymdkapsel” is Swedish for “space capsule,” (or so Google Translate tells me). Players are put in charge of a space station populated by various colored cubes. Each of the different rooms in the space station are represented by single color, and each has the form of a Tetris shape.

The interlocking rooms reinforce a central idea behind the base building in Rymdkapsel: large bases attract more enemies, so it “leaves you with the task of balancing your quest for expansion with the safety of a small, tight, structure.” Neat.