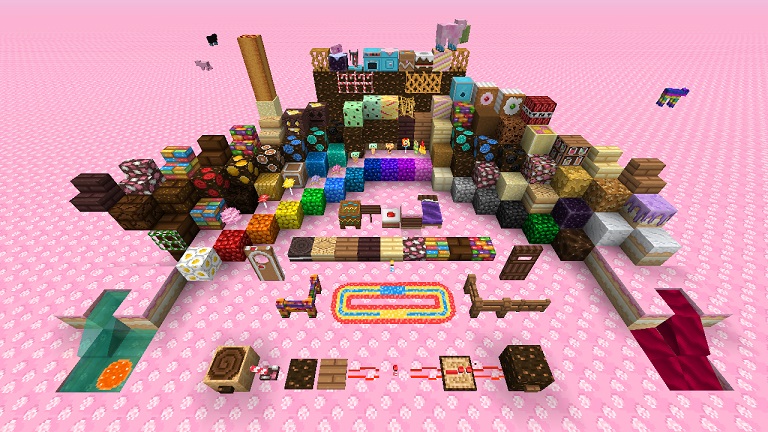 Minecraft: Xbox 360 Edition fans will be pleased to know that they can buy the Candy Texture Pack now on Xbox Live for $1, which re-skins everything to the brighter, sweeter side of life. You’ll find easter eggs, chocolate, soda oceans, and ice cream foilage in addition to a ton of other sweet creatures.

Or, you could just play it on the PC and grab some free mods.