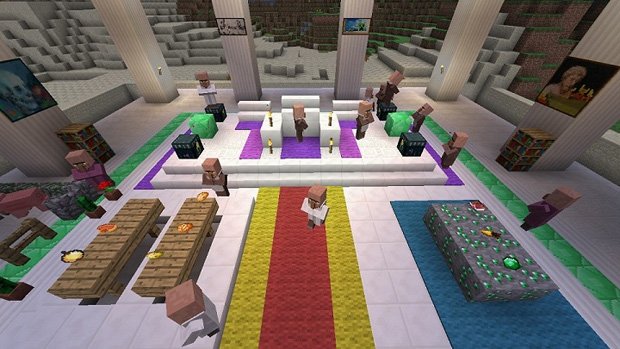 Baked potatoes for everyone!

Man. I can type “title u” into Google and “title update 14” appears. Minecraft scares me a little bit, sometimes. Console players are getting this update real soon — it goes live today on Xbox 360 and tomorrow on PlayStation 3. Find the full list of items, features, and bug fixes below.

Mojang’s Daniel Kaplan says the studio doesn’t have any release dates to share regarding the upcoming Xbox One and PlayStation 4 versions of Minecraft, “but hopefully soon we can tell you!”

Minecraft TU14 on Xbox360 today and on PS3 tomorrow! [Mojang]