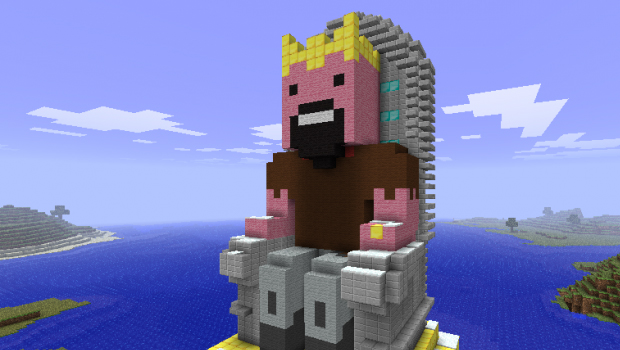 People like to buy things. With 2 million copies sold and $20 million made, it’s safe to say that Minecraft is one of those things. I thought I was rational in thinking most people with interest in the game had already bought and played it to death on PC. Well, apparently not. Because people are f*cking crazy. Crazy about Minecraft!

So, yes, Castle Crashers still has the honor of selling the most copies on Xbox Live Arcade but Minecraft‘s controversial $20 asking price set it over the edge in terms of gross. Even with that, it’s only a matter of time until Minecraft outsells everything as well. After all, the game sold 5 million copies on PC.

So, be nice to Notch. He will own you and everything you love one day.