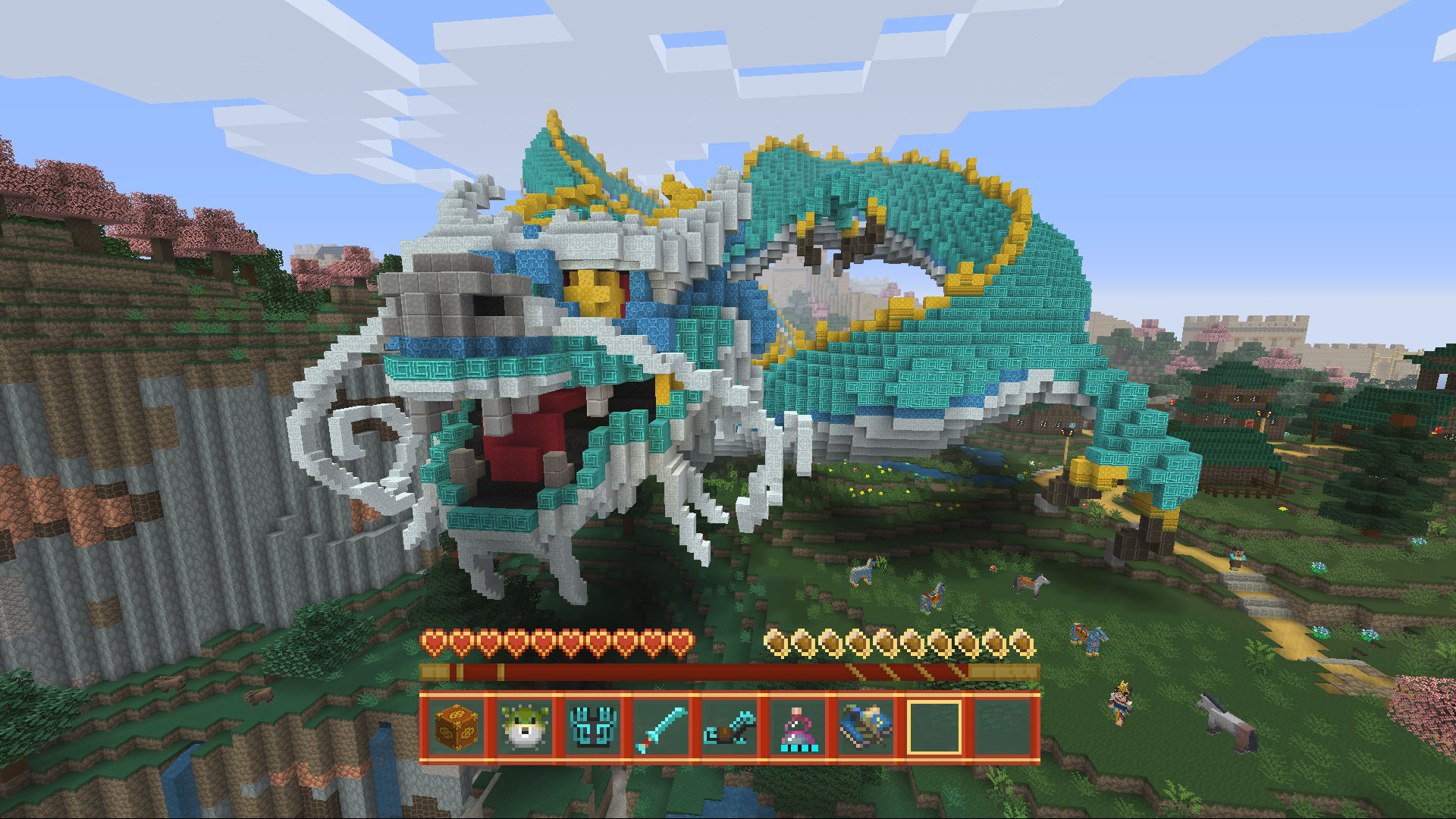 They’re not just building materials — the developers actually create a preset world based around each pack, with dungeons, hidden areas, and bosses to fight. In a way it answers the “what do you do?” question for Minecraft since there’s a ton of levels to choose from at this point, including ones based off Skyrim, Halo, Mario, and Mass Effect.

That also includes the Chinese Mythology Mash-Up Pack, which was just announced today at MineCon. It has the aforementioned world, a new Battle mini game map, 41 skins, and 13 new music tracks.