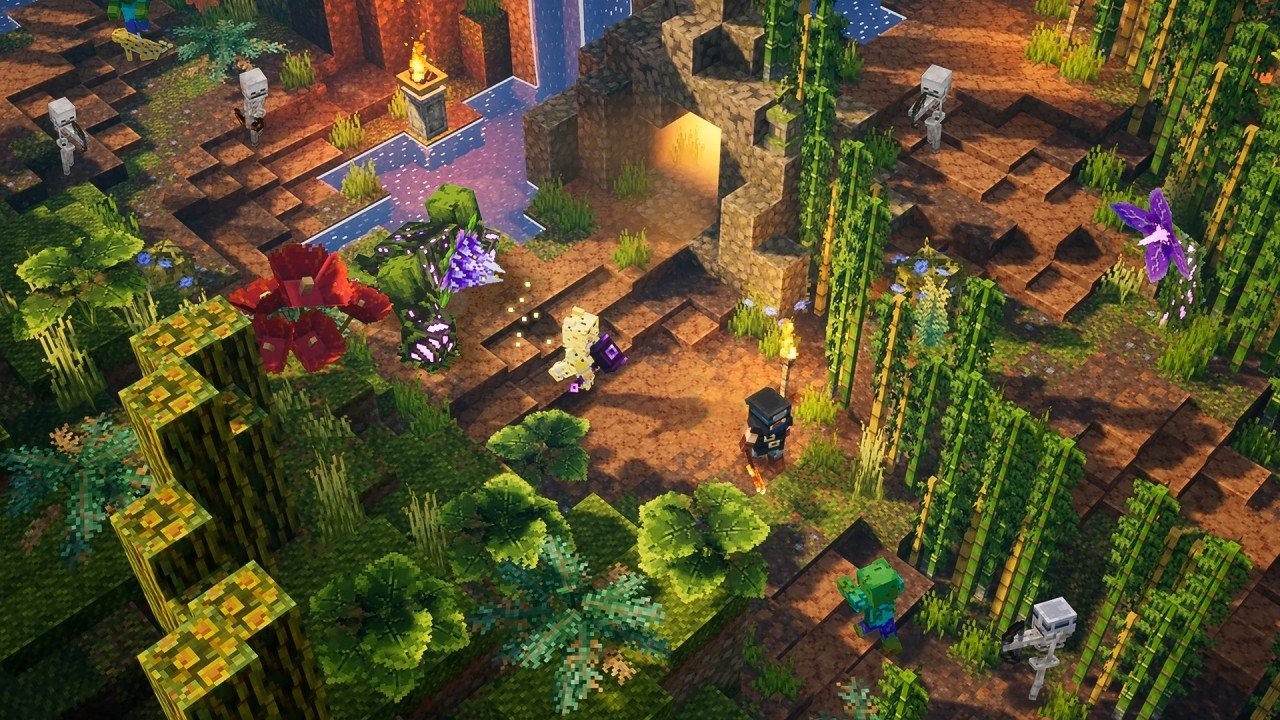 So far Minecraft Dungeons is off to a great start.

At $20 with local and online multiplayer it’s a pretty easy sell, especially with the emphasis on random dungeons and loadouts. I’ve had a ton of fun with it so far at multiple player counts, but there’s more coming for those of you who need it. As announced on the official blog, two big DLCs are coming.

The first is “Jungle Awakens,” a pack due in July that will add three new missions to the game, as well as a host of items (weapons, armor, artifacts). Next up is Creeping Winter “later this year,” which is merely mentioned, but will likely be in line with the “three levels, more items” concept. Then in a more tease-like fashion, the Dungeons team is promising “cool new free content,” as well as cross-platform play. As a note, the two premium packs are included in the $30 “Hero Edition.”

This is pretty much the perfect way to support the game: sprinkle in free and paid stuff as time goes on. Hopefully there’s more planned past Creeping Winter, as the carefree nature of Dungeons will keep me going for a while when it comes to quick runs. Cross-play will make that even easier.

Minecraft Dungeons: On the Horizon [Minecraft.net]