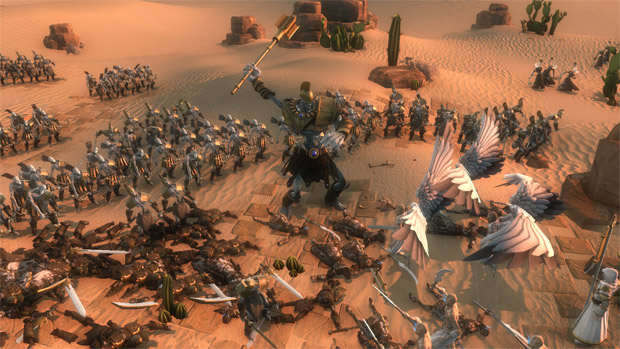 Triumph explains how it happened

Did you see the new trailer and screenshots for Age of Wonders 3? The game is looking hot, let me tell you. And the fact that it’s not relying on Kickstarter, just this once, is reassuring. Developer Triumph Studios was said to have received financial help from a “big partner,” which ended up being none other than Minecraft creator Notch, reports Eurogamer.

“We noticed Minecraft‘s random title-screen blurb mentioned Age of Wonders,” Triumph managing director Lennart Sas told the outlet, “so I thought what the heck and I sent Notch an email. We had a demo for Age of Wonders 3 and talked to various parties including traditional publishers. There was certainly interest but the prospect of having Notch help fund was a dream come true, as he’s a fan of the game and didn’t insist on owning it like many of the publishers do these days when they fund development.”

While Notch may have backed off from Psychonauts 2 for the time being, this more than makes up for it. (As if he needed to make up for anything in the first place!) Continuing, Sas said that the deal “certainly didn’t happen overnight, and he kept a healthy business sense towards the project. His biggest concern was that it would cost him a lot of time, so it helped that we made this sort of game before and were at an advanced stage of development. Notch is pretty much hands off. He’s a super busy man, now even more so then when we approached him.”

How Notch funding Age of Wonders 3 came about [Eurogamer]