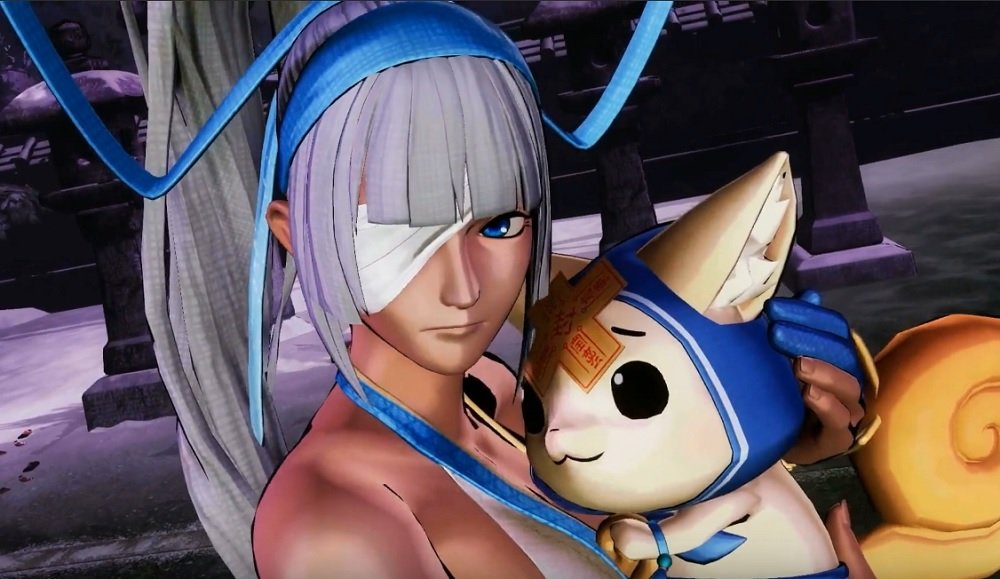 Keep an eye out for her

SNK will be getting the second season of its successful fighting title Samurai Shodown underway next week, launching the first DLC character of its second season pass, the spiritual Mina Majikina.

Making her debut in 2003’s Samurai Shodown V, Mina is one of the more modern characters to join the SamSho roster, having been designed as a lead character for a “new era” of titles. In a particularly dark backstory, Mina was raised from birth to be a demon exorcist, but while out on a mission her family and entire village were destroyed by the demonic being, Chample – that cute little critter she’s carrying in the trailer.

While the SSV ending implies that Mina kills Chample and then herself, it seems that we can simply ignore that bit of lore, as now Chample’s demon form is kept sealed within his diminutive form, a pact that has cost Mina her right eye. Ironically, this vision impairment has helped hone Majikina’s exquisite archery abilities in battle.

In battle, Mina is a spritely figure who wears down her opponent with her speed, agility, and ranged attacks. In a title such as Samurai Shodown, which features slow and deliberate strikes, a character as acrobatic as Miss Majikina can be tricky to pin down, frustrating opponents by always staying one step out-of-reach. Still, as demonstrated in this trailer, Mina’s bladed bow allows the young gal to get up close and personal when need be.

Mina Majikina will be made available on February 26. Samurai Shodown is available now on PS4, Xbox One and Stadia, with a Nintendo Switch port to follow on February 25.